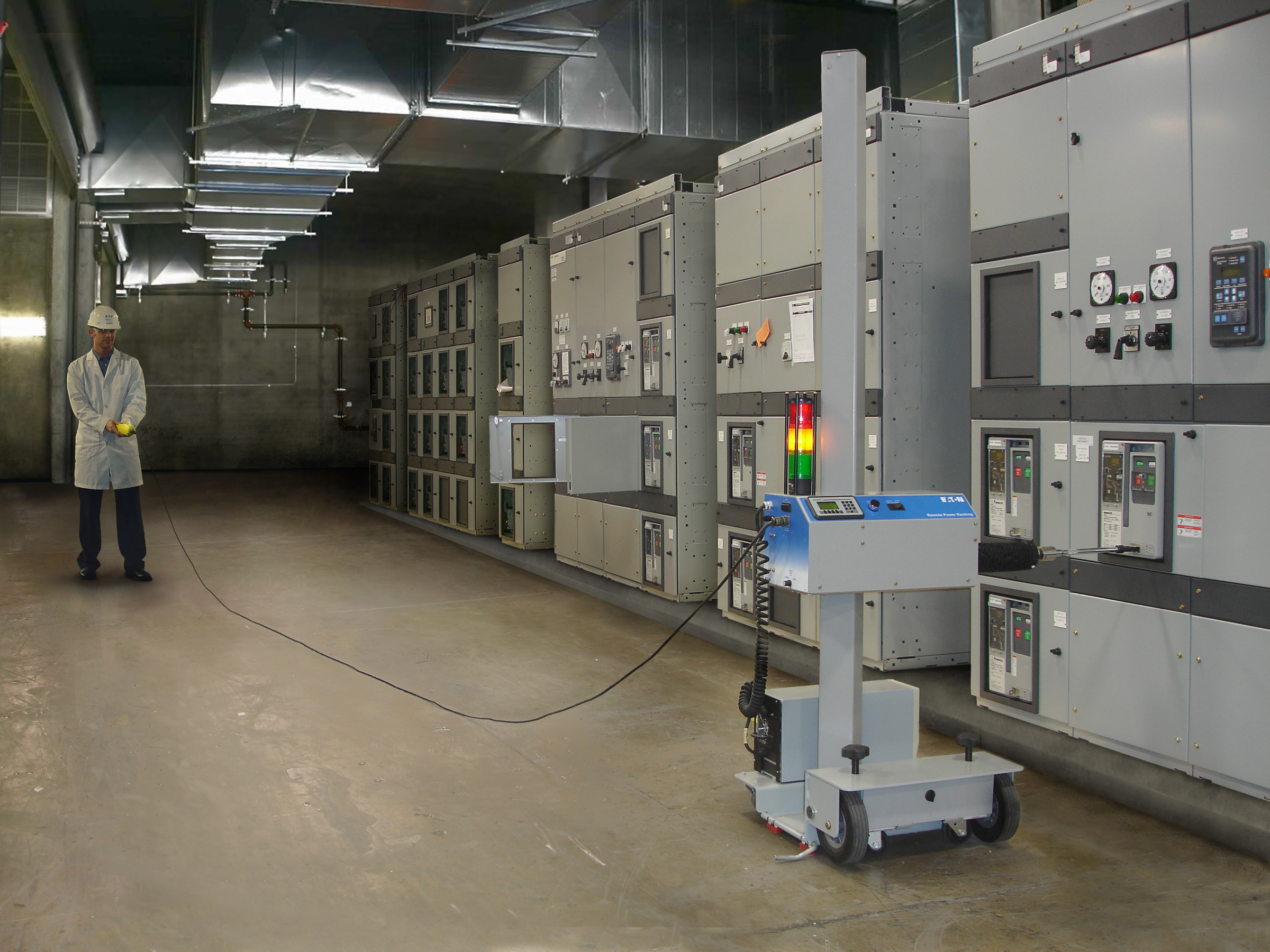 Editor’s Note: As defined in the scope of NFPA 70E, electric utilities, with the exception of certain commercial electrical installations, are exempt from the standard. If, as a safety professional, you have installations covered under OSHA 29 CFR 1910 Subpart S, “Electrical,” you are subject to NFPA 70E.

In the recently published 1910.269 and 1926 Subpart V final rule, OSHA prominently mentions NFPA 70E as a beneficial informational resource for employers regarding arc flash programs. NFPA 70E is referred to numerous times throughout the final rule’s preamble, demonstrating that even as an exempt industry, the 70E standard has an effect. OSHA makes reference to the value of the arc flash incident energy calculation methods as well as ways to protect employees from arc flash hazards (see Federal Register, Vol. 79, No. 70, page 20324).

In recent years, without referencing the standard, OSHA has used wording found in NFPA 70E in the course of issuing General Duty Clause citations to utilities. Directly referring to NFPA 70E in an October 18, 2006, interpretation letter to Michael C. Botts, OSHA explained that a “national consensus standard … can sometimes be relevant to a general duty clause citation in the sense that the consensus standard may be used as evidence of hazard recognition and the availability of feasible means of abatement” (see https://www.osha.gov/pls/oshaweb/owadisp.show_document?p_table=interpretations&p_id=25540). Such mention in interpretations and the final rule preamble does not make NFPA 70E rules applicable to the exempt industry, but a review of the principles found in NFPA 70E, as OSHA stated, can be beneficial to the general body of knowledge for the safety professional. In the following article, professional engineer Jim Phillips addresses many of the techniques for worker protection found in the NFPA 70E standard.

What’s the Risk?
A major change is on the way. Beginning with the 2015 edition of NFPA 70E, the words “hazard analysis” are being replaced with “risk assessment.” According to the proposed 2015 edition, a risk assessment is defined as an “overall process that identifies hazards, estimates the potential severity of injury or damage to health, estimates the likelihood of occurrence of injury or damage to health, and determines if protective measures are required.”

When addressing the arc flash hazard, an arc flash study is performed that includes incident energy calculations used to define the severity of the hazard in terms of calories/centimeters2 (cal/cm2). The calculated incident energy is used to determine the arc rating of protective clothing and PPE. For those who previously focused only on the hazard, the introduction of risk assessment may be a new concept.

A key element of performing a risk assessment is controlling and managing the hazard. ANSI Z10 provides a hierarchy of hazard control measures and is often referenced as part of a risk assessment. Although an arc flash study focuses on PPE selection, the ANSI Z10 hierarchy ranks the use of PPE last. Ranking first in the hierarchy is elimination of the hazard. NFPA 70E defines this as “establishing an electrically safe working condition,” which should always be the first option used when possible.

Ranking second and third on the list, respectively, are “substitution of less hazardous equipment or materials” and “engineering control to reduce exposure or severity.” These two hazard control measures can be extremely important in managing the arc flash hazard, but often are overlooked in an arc flash study.

Define the Hazard
The severity of the arc flash hazard is typically determined by performing an arc flash hazard calculation study based on equations from IEEE 1584. The results of the study include calculations of incident energy, which is the amount of thermal energy that can reach a worker’s face and chest at a specific distance – known as the working distance – from the source of the arc. This is just one of the many hazards associated with electricity.

The magnitude of incident energy that is the generally accepted industry threshold where PPE is required is 1.2 cal/cm2. If the incident energy is below this value, arc-rated clothing is not required, although it is still a good idea. Depending on many different factors, such as the available short circuit current and fault clearing time of protective devices, the incident energy can vary greatly. Sometimes it can be in excess of 40, 50 or even 100 cal/cm2.

Many companies and organizations have adopted a practice of standardizing the arc rating for protective clothing and PPE. An arc rating of 8 cal/cm2 is often selected for everyday protection, and this rating becomes the focus of the study. Locations are verified where the incident energy is 8 cal/cm2 or less, and the basic protection is sufficient. However, there will likely be locations where the calculated incident energy is greater than 8 cal/cm2, sometimes much greater. At these locations, protection with a higher arc rating is necessary.

Hazard Control Measures
Rather than focusing solely on required protection from the hazard, consideration should also be given to the use of hazard control measures. Many methods have been developed to mitigate the severity of the arc flash hazard. These include alternate protection schemes, changes to protective devices, and using equipment designed to redirect or isolate the hazard as well as equipment to keep the worker out of harm’s way. Each of these methods will typically control one of three critical variables:
• Time
• Distance
• Direction

Controllable Variable 1: Time
Incident energy is directly proportional to the duration of the arc flash. As an example, let’s say there is a prospective incident energy of 2 cal/cm2 per electrical cycle (1 cycle = 1/60th of a second for a 60-Hz power system). If a protective device takes 3 cycles to clear the arc flash, there would be 2 cal/cm2/cycle x 3 cycles, which equals 6 cal/cm2. That’s well within the 8 cal/cm2 arc rating of many types of protective clothing. However, if the duration was longer, such as 30 cycles, then the incident energy would become 2 cal/cm2/cycle x 30 cycles, or 60 cal/cm2. That’s well beyond the 8 cal/cm2 rating. This much higher magnitude of incident energy leaves only limited options. Consideration might be given to using protection with a much greater arc rating, but this can lead to a different set of problems such as heat stress and diminished senses. Some would simply state that no energized work can be performed at this location because of an informational note found in NFPA 70E regarding incident energy levels above 40 cal/cm2. This may not always be a practical solution – never perform energized work? It’s an admirable goal, but not always possible.

From experience, the No. 1 reason why the calculated incident energy can be so large is the protective device that limits the arc flash duration takes too long to operate. This is usually because the arcing short circuit current is too low for the protective device to operate instantaneously. Even though the current is low, a long clearing time leads to larger total incident energy.

To determine if this is the case, review the tabulated results of an arc flash study. Where the calculated incident energy appears to be large, review the arcing time – in most cases it will be more than 5 or 6 electrical cycles. “Large” is subjective, but normally below 8 cal/cm2 is the goal and above 40 cal/cm2 triggers the “no energized work” statement. By using protective devices and equipment that can provide faster fault clearing times that lower the arc flash duration, the incident energy can be greatly reduced.

And the Answer is ….
Specifying protective clothing and PPE with very large arc ratings in order to protect the worker from a large incident energy is not always the best answer. For example, the use of heavy layers of PPE in hot environments increases the probability of heat-related illnesses and diminished senses. Instead, the focus should be on reducing the hazard through the use of hazard control methods. By managing time, distance and direction, the arc flash hazard can often be successfully reduced. Beginning with the 2015 edition of NFPA 70E, the focus will be shifting more toward managing the hazard and associated risk, all in an effort to continue to improve electrical safety in the workplace.

About the Author: Jim Phillips, P.E., founder of www.brainfiller.com and www.ArcFlashForum.com, conducts training programs internationally on many electrical power system subjects. He is secretary of the IEEE 1584 Arc Flash Working Group. You can reach Phillips at jphillips@brainfiller.com.