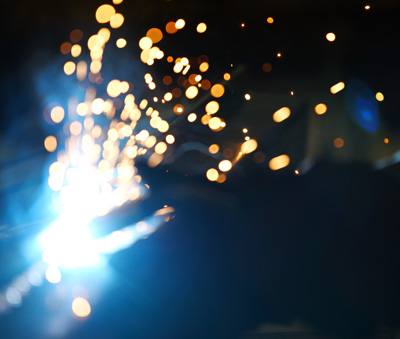 Employees who interact with electrical equipment and electrical installations may be exposed to electrical shock and arc flash hazards. A previous two-part article titled “Arc Flash Considerations for Utility and Construction Activities” (see https://incident-prevention.com/blog/arc-flash-considerations-for-utility-and-construction-activities and https://incident-prevention.com/blog/arc-flash-considerations-for-utility-and-construction-activities-part-ii) discussed the electrical hazard identification and risk assessment. If the employer has taken steps to reduce the risk of injury or death from electrical hazards but is unable to eliminate the hazard, then OSHA requires the provision of adequate personal protective equipment (PPE). For electrical hazards, both dielectric (insulating) and arc-rated (thermal) PPE is required. This article discusses some of the ASTM International and National Fire Protection Association (NFPA) standards for arc flash-related PPE. Many ASTM standards have equivalent International Electrotechnical Commission (IEC) standards. These standards reference the International Organization for Standardization (ISO), American National Standards Institute (ANSI), American Association of Textile Chemists and Colorists, and so forth. While no one standard may claim superiority over another, it is a best practice to ensure that products meet the local performance specifications. Nearly all North American labs that work with arc-rated (AR) PPE are geared toward performing both local and international testing.

Arc Rating Standards
The various standards organizations work toward harmonization of standards. It isn’t practical to abandon a national standard in lieu of an international standard since recertification or recall of products already in the marketplace is impractical.

OSHA 29 CFR 1910.269(l)(8), “Protection from flames and electric arcs,” requires that workers interacting with energized equipment be protected by AR PPE. This is required when the worker is inside a zone (arc flash boundary) where the arc energy could ignite non-AR clothing or cause a second-degree burn. Permitted non-AR PPE includes leather overprotectors (used with dielectric/rubber insulating gloves) and heavy-duty leather footwear. OSHA 1910(l)(8)(iv)(D) sets the AR PPE requirement threshold at 2 cal/cm2, while the NFPA 70E:2021 130.7(C)(1)/(6) threshold is 1.2 cal/cm2. Although several methods exist to determine the arc flash energy, the most commonly used are the NFPA 70E table method, IEEE 1584, ArcPro (V2), NESC tables, OSHA 1910.269, EPRI (1018693) and the DC calculations methods discussed in NFPA 70E.

Body Protection
The fabric used for AR workwear and AR flash suits is tested to ASTM F1959. Fabric specimens are preconditioned (washing and drying cycles) before being secured on a flat panel and exposed to an open-air arc. The test is repeated several times to acquire sufficient data to provide a statistically representative rating of the fabric. Ratings may be in ATPV, EBT and ELIM; one is not better than another, but rather they are indications of different types of fabrics, such as knits, weaves and specialty fabrics. Common AR fabric types include cotton blends, modacrylics and aramids, with the brand names shown in Figure 1. Before a fabric is tested to ASTM F1959, a vertical flame test is conducted to provide a go/no-go indication. If the fabric fails the ASTM D6413 vertical flame test, it is likely to fail the arc test. The vertical flame test is not intended to be used as a flame-resistant (FR) test for flash fires, chemical fires and so on. Although many of the commercially popular fabrics have both FR and AR properties, end users should always use caution to ensure that the ASTM F1506 product specification has been adhered to for AR daily workwear and AR flash suits. FR may not necessarily perform an AR function.

The performance specification ASTM F1506 describes the acceptance limits and reporting of the fabric’s flammability, colorfastness, shrinkage, tear resistance, density and arc rating. This standard focuses on the performance of the fabric with little guidance on the assembly of the clothing.

Is the arc rating for life? The answer is generally yes; however, it is guaranteed for the life of the garment, not the life of the user. The end of life for the garment could possibly occur due to contamination with flammable materials, frays and tears, or improper repairs. In the early 1990s, there were challenges with the nonpermanent treatment of cottons and the introduction of treated synthetic fabrics (e.g., polyester). Those hurdles were addressed and are no longer a concern for clothing procured from reputable suppliers. If AR PPE is observed to be structurally intact, it is expected that the clothing will perform as designed. Several members of the relevant ASTM working group have raised the possibility of an expiration or retest clause; however, introducing such a clause is difficult since there is insufficient evidence to demonstrate failure of AR PPE due to frequency of use, environmental influences and care. Even if the manufacturer decides not to retest, or if failure is noted, it is impractical to trace and recall AR PPE already in the global marketplace. Unlike mandatory dielectric testing for electrical equipment (e.g., live-line tools, bucket trucks, rubber insulating gloves), no such maintenance or performance retesting is required or available for AR PPE.

How is it guaranteed that the clothing assembled from the AR fabric will perform at the same rating of the fabric? What if the stitching or fasteners don’t hold up or the labels or logos are made with melting fibers? While it is true that the majority of tests these days revolve around the fabric, the garment assembly may be tested on a mannequin using ASTM F2621. The mannequin is not instrumented (i.e., does not contain calorimeters), and the reporting is based on visual observations by the testing authority. This test is particularly useful when determining the performance of ancillary items on or around AR PPE. Recently, respirators and cooling systems have been tested using this method. Unfortunately, the method does not allow for commentary on a specific arc rating. If a large logo on a shirt charred and may have caused burns to a worker, the test does not allow for a new arc rating or a derating. Generally, manufacturers withdraw or redesign AR PPE that displays notable melting, dripping or ignition.

Hand Protection
Previously, both OSHA 1910.269 and NFPA 70E allowed rubber insulating gloves (ASTM D120) with leather overprotectors (ASTM F696) without these having an arc rating since no standard existed. Manufacturers used fabric tested to ASTM F1959 to construct gloves that were issued with flash suits. The introduction of the glove standard ASTM F2675 describes a glove-specific test method where, instead of glove fabric being tested on a panel, fully assembled gloves are tested “as used” in the field. The standard allows for the arc rating of cut-resistant gloves as shown in Picture 1. These gloves could be used by operators and mechanics throughout a shift and allow for switching electrical equipment when no shock hazard is present. This requires fewer electrical gloves and fewer six-month mandatory testings or replacements. 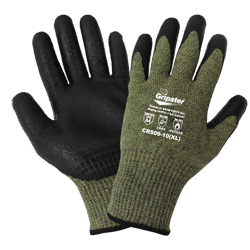 A revision published in 2019 allows for the testing of certain types of rubber that was previously excluded. In addition to now being able to determine the arc rating of various electrical gloves and leather overprotector classes (Class 00, 0, 1, 2, 3 and 4), the performance of leather glove fasteners can be determined for melting, dripping or ignition. See https://incident-prevention.com/blog/specifying-arc-rated-and-flame-resistant-gloves for more on this topic.

Eye and Face Protection
Face shields and hoods meet the ASTM F2178 standard that combines the product specification and test method. Unlike ASTM F2621, the mannequin specified in this standard contains several strategically placed calorimeters. Although balaclavas are arc rated through ASTM F1506, the performance of the combined face shield and balaclava may be assessed using these calorimeters based on ASTM F2178.

The standard has been revised to allow a simple rating – using fewer test specimens – of flash suit hoods since the fabric is usually the limiting factor in the rating. The performance of the hood is determined by testing the assembly above the ASTM F1959 rating of the fabric. If the assembly does not ignite, melt or drip, then the hood receives the same rating as the fabric. If the simple rating fails, then the full test is performed to determine the actual rating. Finally, the laboratory test apparatus is currently the limiting factor for hoods, and the maximum rating that can be assigned to a hood is 100 cal/cm2.

Rainwear
Rainwear and winterwear often have been mentioned together. Practically speaking, though, rainwear may be needed in areas where workers are exposed to water throughout the year while others may need it during a summer rain. The converse is also true; imagine working in near-freezing temperatures, gusty winds and rain. Winter “duck” jackets are tightly woven to repel water, but these fabrics are not waterproof and – presently, at least – appear to be the most widely available option for those working in cold and wet conditions. The rainwear standard, ASTM F1891, is both a product specification and a test method. Unlike water-repellent fabrics, the standard uses ASTM D3393 to test the waterproofness of the product.

An often-overlooked benefit of AR rainwear is that it allows for easier removal of grease and oils when compared to AR daily workwear.

Further Considerations
All arc tests are performed using a momentary arc. North American test labs place the test specimens around an open-air electrode configuration. Most daily workwear tests last for less than half a second while flash suit and hood tests can last around two seconds. In practice, if electrical equipment fails and sustains temperatures of several thousands of degrees Fahrenheit for longer durations, it is likely that the worker will suffer burns. These are possible in various scenarios, such as a worker trapped in an elevated bucket, a worker who loses consciousness after exposure and the possible ignition of non-AR clothing.

Although OSHA and NFPA 70E prohibit any non-AR material – with the exceptions discussed – inside the arc flash boundary, many still use fabric that may melt, drip or ignite as underlayers (especially underwear). In the undesirable but possible instance in which these items are exposed to an arc, burns or worse are likely. Conductive items, such as watches, rings, phones and jewelry, also should be avoided or at least covered by thermal and electrical insulating PPE.

About the Authors: Zarheer Jooma, P.E., is a partner at e-Hazard (https://e-hazard.com). He has a master’s degree in electrical engineering and is a senior member of IEEE. Jooma presents arc flash safety training, performs arc flash engineering studies for utilities and serves as a subject matter expert in utility accident investigations. He is a member of IEC TC78, ASTM F18 and IEEE WG P1584.1.