Overcoming the Effects of Short-Service Employees 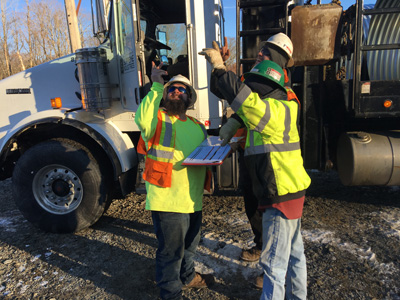 “Are you calling his family, or do you want me to?” the superintendent asked. The project safety manager replied, “I’ll call his emergency contact after I find out where the ambulance is heading. Can you call the division manager and give her an update?” The superintendent shook his head as he surveyed the scene and said, “I’ll have to keep it short and simple for now, but tomorrow morning we’re going to need to be able to explain to everyone how a 19-year-old kid with three months of experience was able to jump into that piece of equipment and put it into an overhead power line.”

Although this is a fictional conversation, it may hit close to home for numerous industry workers, especially if your company is adapting to rapid growth by hiring new workers, also known as short-service employees (SSEs).

In its August 2017 issue, Incident Prevention published an article I wrote titled “Overcoming the Effects of Rapid Growth” (see https://incident-prevention.com/blog/overcoming-the-effects-of-rapid-growth), which described how leaders can use operational analysis and powerful communication skills to overcome the effects of rapid company growth. In this article, I’m going to expand upon that topic by shifting the focus to overcoming the effects of rapid growth through SSE onboarding, field mentoring and coaching. That’s because if the Crucial Conversations skills I wrote about in the last article made an impact, and you now have hired the additional people you need to accomplish your company’s ever-growing mission, then it’s likely you are facing a different problem: How do I get these new people up to speed so they meet our quality and safety expectations?

Who is Considered a Short-Service Employee?
Before we go any further, let’s define exactly what is meant by “SSEs.” These are workers who are new to any combination of the following:

To identify SSEs on the job site, one of the most common methods companies use is to provide SSEs with hard hats that are a different color than the hard hats worn by non-SSEs. It’s also prudent to list SSEs on each job briefing, along with a concise rundown of their tasks that require either direct or indirect supervision.

Bringing SSEs Up to Speed
Now that we’ve discussed who SSEs are and how to identify them, let’s return to the problem you may currently be facing: How do you bring SSEs up to speed with your company’s quality and safety expectations? There are three primary methods you can use.

Areas of Potential SSE Issues
There are six work-related areas in which SSEs may face issues that can be addressed by management through training, mentoring, coaching or a combination of methods: culture, tribal dynamics, competency, fitness for duty, hazard management, and situational awareness and stop-work responsibility. Let’s take a closer look at each of these areas, as well as recommendations for ways to help SSEs achieve success.

1. Culture
Culture drives an organization’s goals and decision-making. At the company I work for, for instance, our culture is reflected in our mission, vision and values, which are stated below.

2. Tribal Dynamics
Tribal dynamics are possessed by team or crew members who think, move and act as one unit. With regard to SSEs, tribal communication and tribal customs are two areas of potential concern. New workers typically will be unfamiliar with crew-specific communication methods and what is meant by certain words, phrases and other language. SSEs also are likely to be unfamiliar with crew-specific operational sequences, methods and procedures.

3. Competency
Simply put, competency is knowing how to do the work, and SSEs aren’t going to know how to do everything when they begin working for a new company. It’s possible that in addition to switching jobs, new workers may have switched industries as well. Or, they may have worked in the electric utility industry for a long while but are accustomed to performing certain tasks differently. Regardless of background, SSEs likely are unfamiliar with their new company’s tools, equipment and vehicles.

4. Fitness for Duty
Being fit for duty means being able to do the work expected, both physically and mentally. Worksites will vary slightly from company to company, but an SSE must be physically fit to work on a right-of-way, which may consist of uneven, unstable or sloped terrain. New employees also must be able to quickly adapt to working in various weather conditions, including rain, extreme heat and bitter cold.

5. Hazard Management
Hazard management is a topic that should always be discussed when planning a job. Keep in mind, however, that issues related to understanding company culture, tribal dynamics, competency and fitness for duty may hinder an SSE’s ability to accurately describe the work to be performed, identify hazards and mitigate risk.

6. Situational Awareness and Stop-Work Responsibility
Because of the newness of his role and working environment, an SSE may not be able to recognize what’s happening right in front of him. And if the SSE isn’t aware that what’s happening isn’t consistent with the plan, he is unlikely to stop work, which could lead to injuries and property damage.

Graduating From SSE Status
So, how can you tell when an employee should graduate from SSE status to regular employee status? That should happen when he can both perform as well as any other worker in the same role, with the same level of supervision, and when he is accepted as a functional member of the crew to which he is assigned.

In closing, a company’s rapid growth is a great achievement in many ways, but we must be aware of the potential problems it can bring and work hard to keep our employees safe. That means, among other things, working with SSEs, field crews and management to predict potential problems that may arise, and then addressing them through effective training, mentoring and coaching. By doing so, your company can overcome undesirable effects of rapid growth and minimize the impact of SSEs on quality and safety.

About the Author: Jesse Hardy, CSP, CET, CUSP, is vice president of HSE for Supreme Industries, a Harwinton, Conn.-based contractor that specializes in right-of-way clearing, building access roads and drilling.