Written by Dennis Childress on December 13, 2019. Posted in Worksite Safety. 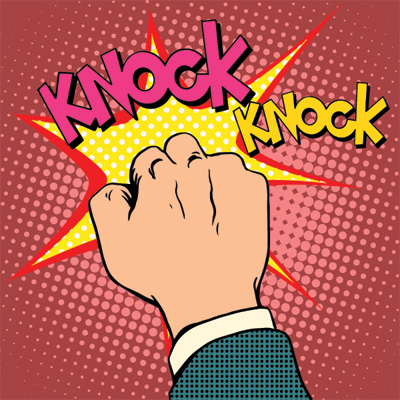 Les Prudent was sitting at his desk on a Monday morning, savoring a cup of coffee and reflecting on his solar farm transformer company’s crazy year of growth. From four people three years ago, the company now employs 112. A friend from a local business group recently suggested Les hire a full-time safety coordinator, but he’s been comfortable handling those matters on his own. He just put some of those “Safety First” posters on the fabricating area’s walls. That should do it.

His wife, Linda, who is also the company’s office and accounting manager, just stuck her head in the door and said, “Les, there’s a man here from OSHA. He says there’s been a complaint and he wants to conduct an investigation.”

Shocked, Les wonders who could have complained. He remembers what his buddy Frank told him about OSHA’s visit to his plant. Frank hadn’t done anything wrong, but they still fined him thousands of dollars because one of his employees slipped and fell from a truck bed. Isn’t that why he carries workers’ compensation insurance? Anyway, Frank said he’d never let OSHA back into his plant without a warrant.

Les wonders what he should do. He could refuse entry to the OSHA inspector, have him wait until his attorney (who’s probably out on the golf course this morning) can get there, ask Linda to handle it (but he would really rather stay married), or just let the guy in and hope for the best. To Les, the last idea seems to be the best course of action.

The Complaint
The friendly OSHA guy introduces himself as Jake Finder. He says he’s there because of a complaint from a current employee and adds that he plans to conduct a partial inspection related to four possible violations:

Les requests Jake’s identification, which the inspector says he’s forgotten, but he insists he is who he says he is. The business owner ponders that for a moment, then demands to know who filed the complaint. “I take good care of my team,” Les adds. “I can fix all of this internally.”

Jake explains that complainants are legally protected from retaliation. He adds that he simply wants to check out these four items and then he’ll be on his way. Jake also notes there may be fines if there are shortcomings in the company’s safety program. Les quickly points out that he just put up those safety posters and that his teams talk about safety at weekly tailboard meetings.

Les responds, “Well, we generally do things by word of mouth and have yet to get too heavily involved in written safety programs.”

Jake considers this. “Okay, Mr. Prudent. I need to conduct a walkaround and determine whether there is any merit to these complaints. I would also like to conduct private interviews with several of your employees, and I’ll need to take some photographs.”

Les again thinks about calling his attorney but hopes he can still handle this by playing nice.

Jake then pulls out a long form and describes the codes and regulations involved. He mentions there are OSHA standards as well as other regulations incorporated by reference into the OSHA standards, which can include NFPA, ANSI, ASME, ASTM, SIA, SAE and UL standards. He notes that if he finds any violations of the standards, Les could be fined. Les is getting a headache. Jake also describes the things that can prompt an inspection, including:

Next, he describes how OSHA defines the different types of violations, whether willful, serious, other than serious, de minimis, failure to abate or repeated. Jake brings out a schedule of the maximum penalty amounts, including $13,260 per serious or other-than-serious violation, and $132,598 for willful or repeated violations. Les is becoming nervous and wondering if he should have gone ahead and called his attorney.

The Walkaround
Jake invites Les to join him on the walkaround. One of the first things they see is Fred on top of a transformer, tightening bolts and doing some spot welding. A new guy, Fred isn’t wearing a fall arrest system, but at least he has one of those half-face negative pressure respirators Les provides. When Fred climbs down, Jake takes him aside for a private conversation.

Next, they walk around the back of the transformer and see Mikey slithering out of the access hole, sweaty and short of breath. Mikey says it was getting smoky in there, so he thought he’d wait until Fred finished welding. Jake decides to perform another private interview.

The men then stroll over to the dip tank, where Susan is using methyl ethyl ketone (MEK) as a solvent for parts. Les gestures for her to don her respirator, and she apologizes for forgetting, adding that she just came back from the dermatologist because she’s developed a strange rash. Maybe it’s poison ivy, but she thinks she should start wearing gloves to keep the MEK off her hands and arms. Jake chooses to interview her, too.

After the third interview, Jake turns to Les and says he’s decided to expand the scope of the investigation. He’ll now make it comprehensive.

Les’s day just went from bad to worse. He legally could have refused to allow Jake entry to the facilities, but that might have only made Jake more eager to see what was happening. Since Jake forgot his identification, Les could have delayed the process by demanding Jake retrieve it or provide proof from a supervisor. At this point, none of that matters. Les chose to allow Jake to do his work.

The Citations
When Jake returns a couple months later for the formal closing conference, he brings some bad news for Les. First, he’s issuing serious citations for:

Jake also is issuing other-than-serious citations for failing to maintain an OSHA 300 log, no written certifications of PPE assessments and no OSHA poster at the job site. Jake notes that he could have assigned fines for these things as well but is cutting Les some slack.

Each of the serious citations could earn Les a fine of as much as $13,260. However, Jake explains that he based his assessment on several factors, including a lack of previous inspections, the size of the business, good faith efforts, severity and probability, bringing the total for all the fines to just $26,800. He tells Les he can request an informal conference, but he might not want to bother, and he can always contest the citations if he chooses to do so.

What Would You Do?
What would you do in Les’s situation? Hiring a safety professional would be a good first step. While this scenario is fictional, what I’ve described is commonplace. Ignorance of OSHA rules isn’t an acceptable defense anymore. You may not be an expert on safety compliance, but it doesn’t pay to ignore those issues while you focus on production, quality or the many other items competing for your time.

If you don’t believe you’re ready to hire a safety professional, there’s another step you can take that won’t cost you anything but a little time. OSHA offers a free Voluntary Protection Program (www.osha.gov/vpp); as part of the program, you can ask an inspector to visit your site, conduct a walk-through and even perform basic industrial hygiene services. They won’t issue citations for any violations they discover, but they will ask you to address issues before their next visit. Besides finding out whether you’re in compliance, you’ll learn practical steps you can take to keep your employees from getting hurt, sick or killed. And, when you take corrective actions, you may discover that your insurance premiums go down – or at least they might stop climbing so quickly.

Safety is good for your business. Studies have shown that money invested in safety programs leads to increased quality and productivity from the workforce. Plus, you’ll have the confidence that you’re taking good care of the people who work for you, so they can go home to their families every day.

About the Author: Dennis Childress is a safety adviser for Safety Management Group (https://safetymanagementgroup.com).