Overcoming Conflict on the Right-of-Way 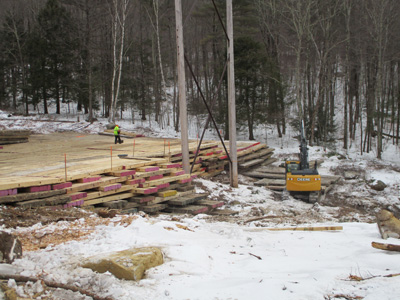 A news helicopter circled overhead as the two ambulances left the job site. The deputy sheriff looked at the superintendent and said, “Tell me again, how did this happen?” The superintendent removed his safety glasses with a sigh as he surveyed the devastation left behind by the 345-kV contact. “Well, we had to set up for work directly under these lines because some local environmentalists wanted the wildflowers protected,” he said. “So, we did what we were asked. If you notice over there, those flowers are still looking beautiful, but it seems that the now-deceased landowner still didn’t like us being here, so he ran onto the right-of-way and tried to climb up onto the boom truck to stop our work. This must have caught our groundhand off guard, because instead of just stopping the work and notifying his supervisor, he attempted to intercept the man. All this commotion distracted the operator, causing him to contact the line. Once that happened, 345 kilovolts of electricity killed the landowner instantly, and our ground worker was severely shocked by what we call step potential.”

Conflict with Members of the Public
When it comes to ROW work, members of the public generally fall into three categories:

Members of the public who enter our work sites often create hazards for themselves, workers, the property, and the project schedule and/or budget in the following ways:

Preventing and Dealing with Public Conflict
As my grandmother used to say, “An ounce of prevention is worth a pound of cure.” And there are a couple things we can do to help prevent conflict with members of the public before it begins:

If conflict with a member of the public does arise, regardless of who they are or why they’re there, the following steps will help facilitate a safe and productive resolution:

In the rare case of threats of violence, there are a couple more considerations. First, advise the person or people making the threats that you are securing the work and leaving the job site. In addition, ask the client to contact the police, and understand that police presence may be required to safely return to work.

Worker-to-Worker Conflict
Although members of the public can create distractions and conflict on the ROW, the most common conflict-related distractions arise from workers with unsettled issues. An unsettled worker conflict can:

All of these scenarios are avoidable if we’re willing to manage conflict quickly and in a way that leads to the best possible outcome.

Identifying and Preventing Worker Conflict
In my experience, worker conflict usually is rooted in three interrelated issues: poor communication, frustration, and differences in personalities and values.

Poor communication is the foundation of many types of problems, including conflict. Indicators of communication issues are heard around the job site in many forms. For example, you might hear someone say, “I thought you wanted this” or “I told you to do it like this, not that” or “No one told me the plan had changed.” Poor communication can be prevented by being clear and specific, as well as checking for understanding by asking questions before beginning work and observing and correcting workers throughout the day if and when they get confused.

If effective communication can’t be established, people often feel frustrated, which can bloom into anger or apathy. On the job site, frustration might sound like, “Hey, I needed that!” because production expectations didn’t match the resources available, or perhaps you might hear, “There’s no way we can do that, but the boss won’t listen to me.” Frustration can even take the form of negative self-talk, such as, “I just expect more of myself.” The key to preventing these problems is to set realistic expectations for production and with people. If there isn’t enough time, people, equipment or materials, acknowledge that fact and adjust the goals for the day. Being realistic with yourself and others will eliminate the pressure that can lead to worker conflict.

Differences in personalities and values are something that we must anticipate, embrace and work with – not against. Sometimes frustration that hasn’t been dealt with turns personal and differences in personalities and values come under attack. This might sound something like, “She’s always yelling,” “He’s too sensitive,” “He just cares about getting home to his family” or “She’s just waiting for it to be 5 p.m. somewhere.” There are many more ways that frustrated workers split teams into factions and, in doing so, decrease operational efficiency, which further aggravates the frustration issues. To prevent this, consider adopting the following practices:

Handling Worker Conflict on the Job Site
OK, despite your best intentions, it got heated on the job site earlier today – now what? There are some necessary steps that need to be taken, including the following:

Summary
Part of our role as utility workers is working with and around others to get the job done. During the course of that work, we might run across an angry member of the public or come face to face with a frustrated co-worker. In fact, sometimes we might be that frustrated co-worker. We can’t help the fact that we are human and therefore susceptible to being imperfect and emotional. What we can do is work toward greater understanding about why conflict occurs and then use the tools we’ve been given to correct those situations so that our work gets done both safely and well.

About the Author: Jesse Hardy, CSP, CET, CUSP, is vice president of HSE for Supreme Industries, a Harwinton, Conn.-based contractor that specializes in right-of-way clearing, building access roads and drilling.