I’ve Got Your Back: Lessons in Socio-Biomimicry

Creating a safety mindset and a culture of caring can be facilitated using the process of socio-biomimicry. Simply put, biomimicry is a way to solve engineering and other problems by looking to nature. The term was popularized in 1997 by Janine M. Benyus in her book, “Biomimicry: Innovation Inspired by Nature.”

Nature can also be used to inspire a fresh look at social systems and how other life groups manage safety. I developed the Safe-ari process of socio-biomimicry to solve a client’s problem of fading situational awareness. Fourteen learning points on situational awareness were distilled from safari photos – some of which we’ll take a look at in this article – and woven into employee meetings. In one representative session with a group of 48 people, using pre- and post-surveys with the Likert scale (1-7 rating) plus comments, the following results were delivered:

Results such as these suggest that socio-biomimicry is a successful methodology for raising safety consciousness and creating touch points for easy recall of safety messages.

The remainder of this article will present photographs and examples of how different types of animals behave in the wild, with the goal of drawing lessons from them that can be applied to safety on our job sites. As you may know, pictures are a powerful channel of communication. In the most basic terms, images are written twice in the brain while words are written only once. This builds on research that shows people can remember more than 2,000 pictures with at least 90% accuracy over a period of several days. Essentially, pictures are a great tool to stimulate open-ended discussions.

With that in mind, to gain the most from the following, I recommend you discuss the information with your co-workers and others in the industry. That’s because best practices in adult learning deem it to be most effective when:

1. The Baboon
Let’s start out with this photograph of a baboon. In the baboon community, one baboon is always on guard. It is alert for any hazard that could harm the rest of the group grazing below. If the baboon sees something, it lets out a warning cry heard across the savanna, and the family knows they need to implement the safety plan. But how does the baboon learn the difference between a lion and a zebra? Is it up there for a four-hour shift or an eight-hour shift? Is the baboon male or female? Is this a certified job? Answers to these questions are not known, but what is known is that safety and risk management are of primary importance to the baboons. Failure means someone could be dinner. Without trying to anthropomorphize, why does this baboon care? 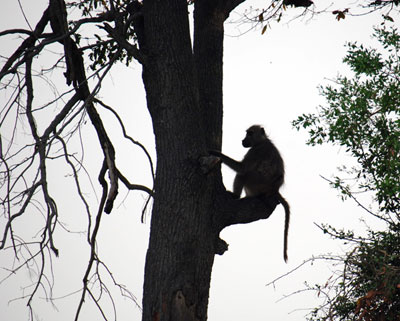 If you believe sustainable change comes through a shift in thinking, based on the cognitive theory of Jean Piaget, then this question of “why care?” is worth a discussion. Why does the baboon care about the rest of the group? Do we – as human beings and co-workers – show the same level of care for each other as baboons do? This type of discussion is different than technical OSHA-based training. Do you believe this baboon cares about OSHA? So, what drives it to sit in the tree and diligently serve?

2. Two Zebras
What is going on in this picture of two zebras? Is it cuddle time in the afternoon? No, the truth is, zebras get tired and would like to rest, but they know they can never let their guard down. Their solution is to rest their heads on each other’s back; that way, they can take a break while also maintaining a 360-degree perspective for hazards. The message here is, “I’ve got your back” – and what a great message it is. Imagine how the workplace would look if this were the operating norm for human beings. Can you think of some ways that you and your co-workers can keep an eye out for each other on the job? If you’re already doing so, is there anything that can be done to improve? 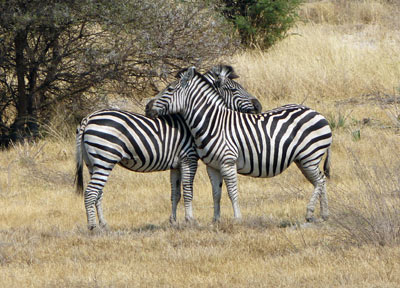 3. The Cape Buffalo
Cape buffalo are a picture of solidarity. When a potential hazard approaches, the herd faces it, and each buffalo raises its snout as if to say, “Don’t even think about coming closer.” Check out a wonderful picture of unity below. Do you know who is in the middle of the herd? The young and the elderly. 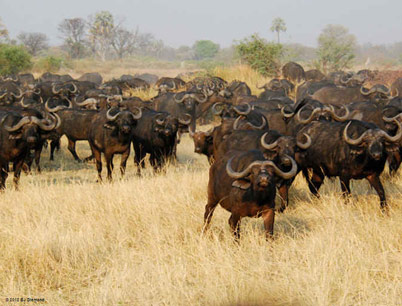 So, what messages pop out at you from this picture? Perhaps “stand united for safety”? What about “protect the vulnerable among us”? Anything else?

4. Footprints
Below is a picture of some dirt. There’s nothing hazardous to be seen – or is there? Did you notice the animal footprints in the dirt? Which one was made last? Is there a story in the tracks that must be paid attention to? Typically, yes. Hazards leave tracks, and being able to mitigate risk includes having the skills to read the tracks correctly. How do you look for hazards on your job sites? Does the crew have the skills to identify them? Is it possible there are hidden hazards you might not notice? What kind of clues do you look for to ascertain whether a hazard is present? 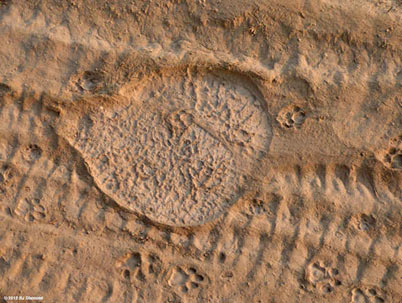 5. The Elephant
If you were to approach an elephant, it’s likely that its ears would flare, its legs would stiffen, and it would rock back and forth as if to say, “Don’t cross this line. Respect the boundary.” In the savanna, boundaries usually are obvious. But on the job site, are there less obvious boundaries that need to be paid attention to? Are they carefully observed, or are they sometimes ignored? What risks present themselves when a worker crosses a boundary? 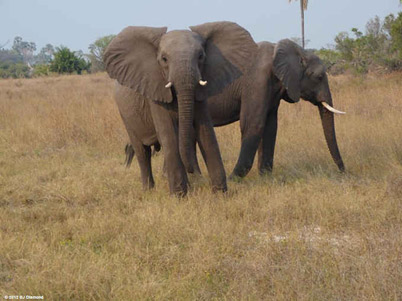 6. The Lilac-Breasted Roller
A gorgeous day with a lilac-breasted roller flying about has been captured in the photo below. The scene looks so nice and calm – what a great place to stop and rest. But the minute complacency sets in on the savanna is when dinner is served. Have you noticed complacency on your work sites? What is being done to address it? What do you think will happen if nothing is done to change the behavior? 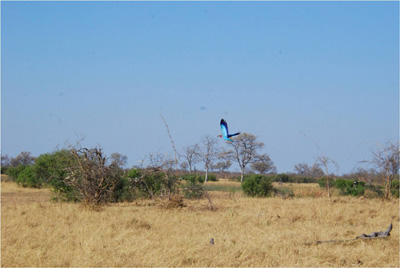 7. The Painted Dog
You can see a painted dog in the photo below. It is family oriented, a team hunter and vicious. It is also easily camouflaged – a hidden hazard. But just because it’s not visible doesn’t mean it’s not lethal to its potential prey. What are some of the hidden hazards that have been present on your job sites in the past? How do you look for and analyze potentially hidden risks before beginning work? Does the crew know what to do if a hidden hazard reveals itself after work has commenced? 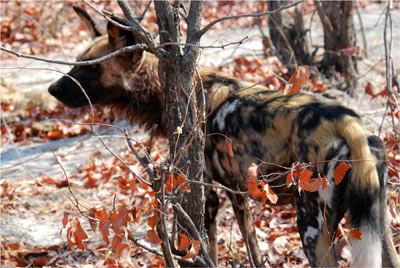 Conclusion
Engaging workers in a process of socio-biomimicry enables the creation of a safety mindset and a culture of caring in three ways. First, it demonstrates models of good safety practices used by other groups in nature. Second, it engages thinking by contrasting safety practices in nature with what people do. And third, retention of safety messages is improved because the process is grounded in pictures and stories. As the Cape buffalo do, I urge you to picture a world where people stand united for safety and care for the most vulnerable.

About the Author: Alden B. Davis, known as the “corporate plumber,” is a specialist in building better businesses through a risk mitigation mindset. Safe-ari is his creation to inspire people through socio-biomimicry. Learn more at https://safe-ari.com.