Written by Kate Wade on December 10, 2014. Posted in Uncategorized. 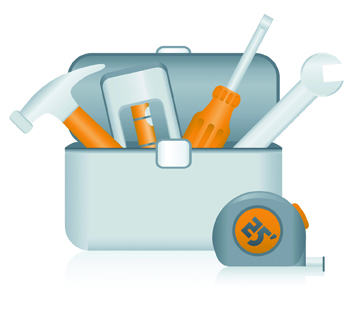 You would be hard-pressed to find a leader who hasn’t faced criticism about his or her job performance. The higher someone climbs on the corporate ladder, the more responsibility he or she has, and the more likely that person is to hear from others who disagree with his or her choices or actions. Criticism is inevitable, and the sooner you learn to effectively deal with it in a healthy way, the better off you’ll be. Following are four ways to handle criticism the next time you are faced with it.

1. Allow yourself to process your feelings. It’s natural to be hurt by someone’s critical remarks about your work even when the remarks are delivered in a constructive, well-meaning way. Take a little time to recognize what you’re feeling and then do your best to let go of the hurt. Even if the criticism came in the form of a personal attack, remember that you still have a job to do and that you are a behavioral role model to subordinates. One person’s opinion does not define who you are, so do your best to maintain a positive attitude and move forward.

2. Surround yourself with a strong support network on and off the job. Many of us see the people we work with more than we see our friends and family. As such, it’s important to develop and maintain a group of work colleagues whom you can trust. Approach them when you’re the recipient of criticism; if the person delivering the criticism is right, they’ll tell you, and they may even be able to provide perspective about how to move on from your mistake. It’s equally as important to have supportive friends and family who love and care about you regardless of what is happening at work. Do your best to make time for them no matter how full your schedule may be.

3. Meet with the person or people who offered the criticism. This can’t always occur for various reasons, but when it can, a meeting of this type may be highly beneficial to all parties. It gives the critic an opportunity to explain at length his or her issue with your choice or action, and it gives you the chance to not only listen to the more detailed explanation, but also to ask questions and discuss your side of the story. Even if the end result is that you and your critic must decide to agree to disagree, at least the lines of communication have been opened and there is greater clarity about both parties’ perspectives.

4. Learn from the experience. Maybe you made a mistake and the criticism you received was warranted. Or perhaps you made the right choice and are being unfairly criticized. Either way, situations like these are learning opportunities. Take some time to reflect and think about what you can take away from all that has happened. What would you do differently next time? Would you do anything differently? What did you learn about yourself? Are there areas in which you would like to strengthen your skills or otherwise improve? If so, how will you go about making those changes? It’s clichéd but true – life is all about the journey, so don’t forget to learn all that you can while you’re on your way to your next destination.

What is Rotational Brainstorming?

When you are in a small group setting, do you ever step back and observe the dynamics of the people in that group? Are one or two people doing most of the talking while the others stay relatively quiet, only weighing in here or there? This is not an uncommon phenomenon and in fact it’s quite natural. The problem arises, however, when a group is collectively trying to accomplish a goal and the voices of just a few people tend to overpower the voices of the other group members.

In instances when a group is trying to come up with new ideas or a solution to a particular problem, rotational brainstorming can level the playing field, allowing everyone to have an equal voice. Also known as carousel or round-robin brainstorming, rotational brainstorming is an idea generation tool that is most effective in groups of no more than 10 people. After assembling your group, the first step is to select a group leader to describe the question or issue to be addressed.

Next, the leader gives the group a specific amount of time to think about the question or issue at hand and to write down all of their ideas. This is done quietly and without interaction among the group members.

The final step of rotational brainstorming is a group discussion, during which everyone can ask and answer questions and begin to formulate next steps. For instance, if your session was spent brainstorming future safety meeting topics, you now have a list of topics to choose from and can begin to schedule the meeting dates during which they will be covered.

While many rotational brainstorming sessions are conducted verbally, another option is to have everyone write their ideas on index cards and submit them to the group leader to be read. However you choose to conduct a rotational brainstorming session, the technique will help to ensure that everyone has an equal opportunity to express their ideas, which is critical to the future success of your business.