Why Employees are Silent When Near Misses Occur 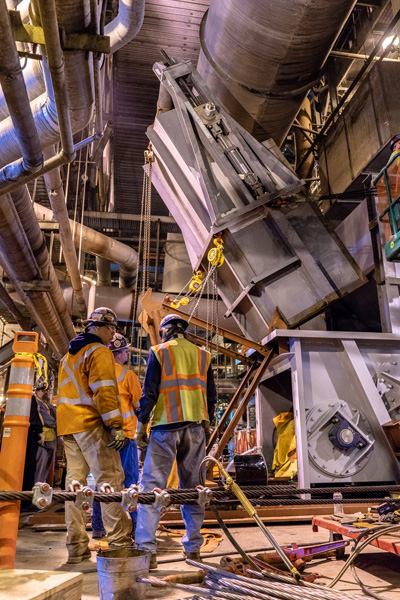 What is a near miss? For those of you who are new to occupational safety, it’s typically defined as an event in which no workers were injured and no equipment or other property was damaged, but – had things gone just a little differently – injury or damage could have occurred.

Let me give you an example. A group of employees were digging a trench with an excavator so they could install some underground piping. At one point, the bucket came in contact with an old, abandoned 480-volt temporary power line that was not supposed to be in the area. Fortunately, the line was not energized, so no employees were injured, nor was the line damaged. Because the trench was already deep enough to set the pipe, the crew chose to re-cover the 480 line and continue working. This event should be considered a near miss, but it also is exactly the type of event that some workers may choose not to report to their company. The fact that the circuit was not energized in this case is not the most important issue. The crew did not know the circuit was there and did not identify it in the utility locates that should have preceded the excavation. Those issues indicate defects in the planning process, records and archives, and execution of the project. A near-miss report has the value of helping to ensure those defects are identified and corrected. Just because this line wasn’t energized doesn’t mean the next one won’t be.

The topic of near misses and the lack of employee reporting has been an interest of mine since I started working in the industrial sector. At first, I thought employees perhaps didn’t know what a near miss was and that reporting would increase if they were properly trained on the subject. I learned that wasn’t the case after I invested a good deal of time in training as well as talking to employees about what defines a near miss. After making those efforts, I only witnessed a slight increase in employee reporting that eventually slowed to a stop. I did find that lack of knowledge about near misses was true for newer employees, but that didn’t explain why older, seasoned employees were still keeping quiet. I also learned that the lack of near-miss reporting happens just about everywhere, whether it’s an established chemical plant with tenured employees, a new construction site with a diverse workforce, or even a remote oil and gas site.

Suffice it to say that this is an alarming trend and a major issue for our industry because we need workers to report near misses in order to help protect them and provide a safe workplace. Our current approach to safety is not working as it should, and that is obvious because workers continue to be involved in serious injuries and fatalities while on the job. Our industry must change its approach if we want our employees to report the information necessary to help predict and prevent future incidents from occurring. I personally believe the change must start with companies seriously addressing how they handle near misses and near-miss reporting.

A Pivotal Meeting
I want to share a story with you about how one company I’m aware of missed an opportunity to positively change how they were handling near-miss reporting. While working on a past job, I took part in a weekly supervisor safety meeting hosted by the client that included all of the contractors working on-site. The intent of these meetings was to share safety observations and incidents from the previous week as well as discuss what everyone should focus on the following week while out in the field. One of these meetings still stands out in my mind. That day, the client initiated a group discussion by asking us why we thought craft employees were not reporting near misses when they happened in the field. A few ideas were thrown around by the group, but none of them really answered the question nor offered a solution that, if implemented, would increase reporting. I spoke up and told the group that I believe employees are not reporting near misses out of a fear of potential retaliation or discipline for doing so. The room was silent for a moment until the client acknowledged my response, scribbled it down on a notepad and then moved on without any discussion of my input. As I look back now, I recognize that all of the ideas presented before mine had a common theme – that it was always the craft employees’ fault for not reporting near misses. I haven’t been a safety professional for a long time, but one thing I have learned through incident investigations is that it is easy to point a finger at a worker when an incident occurs and leave it at that. This has never sat well with me and always left me thinking that there was more to the story than a near miss simply being an employee’s fault.

How Can You Increase Reporting?
Over the years, I have had numerous conversations with a diverse group of workers from different geographical locations and multiple companies about why they think near misses are not being reported. It may be anecdotal, but what I have found is that in almost every conversation, the workers said they hesitated about reporting a near miss because the company they worked for generally responded to such reports in a negative, punitive manner.

The way a company discusses and handles a near miss will have an effect on workers – so, it’s your company’s choice whether that effect is positive or negative. If you want near-miss reporting to increase, the first and most critical step to making that happen is to change your thought process about near misses as necessary. Companies must stop looking at near misses as merely negative events or as a lagging indicator. The term “near miss” already carries a negative connotation, no matter what business sector you are in. A near miss is a perceived black eye for a company among its peers; the company is considered unsafe because they are having near misses. But even though near misses are tracked in the same way as first aids, recordable injuries and other serious incidents, they shouldn’t be grouped together in conversation. Near misses must be separated from other incidents that involve actual injuries or damage. If this separation doesn’t occur, employees will continue to consider a near miss as something bad, and they are more likely not to report or bring attention to such an event. You have the opportunity to explain that near misses should be looked at as positive learning experiences. Take advantage of that opportunity. Focus on the positives: No one is hurt during a near miss, no property or equipment is damaged, and lessons are learned that can help prevent future recurrence.

When companies follow up a near miss with a knee-jerk reaction and implement a new rule or policy, it sends the wrong message. But once a positive mindset is adopted by a company from the top down, it’s highly likely that you will start to see an increase in near-miss reporting. Why? Because employees will learn to trust their leaders and how those leaders respond to a near-miss event. They will recognize that you have their best interests in mind. It’s no secret that it can be difficult to gain employees’ trust, but once you prove yourself through both your words and actions, good things – like increased near-miss reporting – begin to happen.

Conclusion
To summarize, I can’t stress enough the importance of engaging in positive conversations about near misses. Since adopting this mindset and view of near misses myself, I have already seen a significant increase in near-miss reporting on the job sites that I have been a part of, along with employees opening up more in conversation about other safety-related concerns. But none of us can change the industry’s view of near misses by ourselves. Everyone has to do their part. Take an honest look at yourself and truly evaluate how you and others in your company respond to near misses when they occur. Are you encouraging reporting? Are you part of the problem, or are you part of the solution?

About the Author: Chris Court, CSP, is a safety manager at Bowen Engineering. He has five years of field experience and oversees projects in the Southeast U.S. Court earned a master’s degree in occupational safety and health from Texas A&M University.