What OSHA’s Proposed Silica Rule Means to You 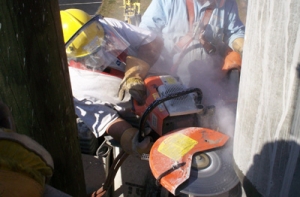 Airborne crystalline silica has long been discussed as a health hazard in the workplace. When inhaled, very small crystalline silica particles referred to as “respirable” particles are known to cause silicosis, a fatal lung disease, as well as other respiratory-related diseases such as chronic obstructive pulmonary disease and lung cancer.

Exposure to respirable particles can occur anytime dust is produced by cutting, grinding, drilling, sanding or crushing materials such as stone, rock, concrete, brick or blocks. It should be understood, however, that being in an area where silica-containing materials are present does not necessarily pose a health hazard. In order for silica to be considered a health hazard, it must be in a respirable (i.e., dust) form. OSHA develops permissible exposure limits (PEL) for various hazardous substances including crystalline silica. The purpose of these exposure limits is to protect workers from being overexposed to potentially hazardous substances, and the PELs are intended to be the amount of a substance that a worker can be exposed to without experiencing any adverse health effects.

Is a New Rule Necessary?
On September 12, 2013, OSHA published its Notice of Proposed Rulemaking for Occupational Exposure to Respirable Crystalline Silica in the Federal Register. OSHA is proposing two new standards – one for general industry and maritime and another for the construction industry – in an effort to improve worker health and safety. One of the main reasons for the proposed new rule is that current PELs for crystalline silica were adopted in 1971 and developed based on research from the 1960s. For some time, that information has been considered to be both out of date and inaccurate based on more current scientific data. In fact, other nationally recognized agencies adopted lower exposure limits years ago in an effort to protect workers. Additionally, current standards are inconsistent due to the fact that the PEL for the construction industry is more than double that of the PEL for general industry. The proposed rule will reduce the PELs to the same for both industries and aims to provide the same level of protection for all workers.

Although the estimated annual cost is about $1,242 for the average workplace covered by the proposed rule, once it has been fully implemented, it also is estimated that the new proposed rule will save around 700 lives and prevent 1,600 new cases of silicosis each year among those workers with long-term, routine exposure to silica.

Proposed New Rule Requirements
The current PEL for general industry is approximately 100 μg/m3 (micrograms of silica per cubic meter of air), and the PEL is 250 μg/m3 for the construction industry. The proposed rule would change the PEL to 50 μg/m3 for both industries. In order to comply with the new PEL, OSHA has implemented several requirements in the proposed rule.

One of the new requirements of the proposed rule is that employers will be required to perform air sampling for silica exposures for workers who may be exposed to an action level of 25 μg/m3 or more averaged over an eight-hour day. This can be a difficult metric to measure for employers such as line contractors who may have employees cut a sidewalk or a concrete pole once a month. It is tough to assess a 20-minute exposure risk, but it doesn’t necessarily mean that a 30-year trade employee who cuts concrete once a month won’t have some level of risk in that exposure.

Air sampling may be omitted, however, if there is existing data from a previous sample, assuming the sample was taken within 12 months of the final rule. After the initial air sampling has been completed, employers will be allowed to choose between sampling on a regular basis or using the performance option that is based on “any combination of air monitoring data or objective data sufficient to accurately characterize employee exposures to respirable crystalline silica.”

One of the most critical new elements of the proposed rule requires employers to provide adequate protection for workers in order to keep exposures to respirable crystalline silica below the new PEL of 50 μg/m3 averaged over an eight-hour day. In an effort to hinder employers from simply handing out respirators to keep workers from being exposed to levels over the PEL, the new rule makes an effort to detail the hierarchy of controls to be used by employers. Typically, silica exposures are reduced by using engineering controls such as wetting the work area to prevent the silica from becoming airborne or using a vacuum to collect dust at its source before a worker can breathe it in. Some states, such as California, explicitly prohibit cutting, grinding, sanding and related techniques unless one of these controls is used. However, there are situations in which these controls are not an option due to the work process. The proposed rule states, “The employer shall use engineering and work practice controls to reduce and maintain employee exposure to respirable crystalline silica to or below the PEL unless the employer can demonstrate that such controls are not feasible.” Although the proposed rule discusses the use of engineering and work practice controls, it does not give much guidance on what is considered “not feasible,” so this may be an issue that OSHA keeps a close eye on.

Other new requirements include medical exams, specific training and record keeping. Medical exams will need to be performed every three years for workers exposed above the PEL for 30 or more days per year. The exams include chest X-rays, lung function and latent tuberculosis infection tests, and any other tests that the medical professional thinks is necessary. Employers will be required to train workers on operations that result in respirable crystalline silica exposure and on how to properly control their exposure. Record-keeping requirements also are listed in the proposed rule. Records that must be maintained include air monitoring data, objective data and medical surveillance documents.

Final Thoughts
Although there are some indications that the proposed rule may not satisfy all concerns, it is a step in the right direction for providing a safe, healthy workplace. One way this is evidenced is by the fact that OSHA identifies the hierarchy of controls in order to prevent overexposure to respirable crystalline silica rather than only identifying respirator-based controls. Also, the introduction of medical exams will provide baseline and ongoing information to identify how long-term silica exposures will affect workers.

About the Author: Matt Edmonds, CHST, is the vice president of consulting services at SET Solutions LLC and has more than eight years of field safety management expertise. He has helped clients implement industrial hygiene strategies including performing on-site monitoring and sampling, and he has worked extensively with clients to develop, train, implement, and manage their safety and industrial hygiene processes. Edmonds also is an authorized OTI trainer for construction and general industry.