What Changes When You Put a Face on Safety?

Written by Molly Hall on December 15, 2017. Posted in Safety Management. 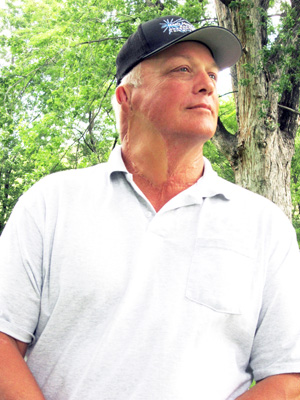 As an experienced lineman, Gary Norland was typical of many workers: big and strong, physically tough, unafraid of any challenge. That was before he came into contact with a 12,500-volt line. That’s when everything changed. He is not alone, as many others also have experienced serious electrical contacts on the job.

The well-known fact is electrical line work can be hazardous and potentially deadly. Based on high fatal work injury rates, the U.S. Department of Labor puts it in the top 10 high-risk occupations.

In the industry, there is continuous lineworker safety training, a heavy focus on OSHA regulations and requirements, and a variety of procedural checklists. With all this emphasis on ensuring safety knowledge, one might think the serious electrical contact and flash rate among lineworkers would be declining. Yet it appears to be moving in the other direction.

One utility insurer reported a 40 percent overall drop in OSHA reportable incidents from 2006 to 2016; however, lineworker electrical contacts, particularly serious injuries and fatal contacts, are increasing. In 2016, the number of lineworker contacts grew 23 percent compared to the previous year. The number of those that were serious incidents, characterized by a fatality or an injury costing more than $100,000 in medical expenses, went up by 50 percent.

Get Personal
We know that knowledge of safe work practices is essential, but being safe is more than knowing what steps to take.

In reviewing the number of serious contact incidents last year, the previously referenced utility insurer found nearly half – 46 percent –  involved maintenance tasks, and 35 percent involved outage restoration work. The average years of service for the lineworkers involved was more than a decade (10.3 years). They were not inexperienced workers.

Knowledge alone is not always enough for workers to avoid life-changing incidents. Safe behavior is tied to attitude, so experienced workers are not the only ones we need to consider. Complacency, shortcuts and attitudes in the workplace can affect new employees too.

How can we shift attitudes to get safer behavior? Get personal. Lineworkers’ individual stories can make a huge impact on those around them. In today’s world, we trust each other more and entities like businesses and organizations less. Common threads with others help people to identify with and relate to them.

Personal experiences are powerful teachers. Those who survive contact with electricity often have life-changing injuries, suffering severe burns and loss of limbs. When a lineworker is seriously injured or killed, it changes many lives – forever. These incidents have an exponential impact on family, friends, co-workers and communities.

When lineworkers see real people – individuals just like them, doing the kinds of things they do every day – who have personally experienced electrical incidents, it makes the dangers real.

And if what a person views as reality is changed, it is highly likely to shift their attitude and behavior.

Gary Norland’s Experience
Consider Gary Norland’s experience. Everything changed for him and his family when, as mentioned earlier, the former lineman made contact with a 12,500-volt line. Here is an excerpt from the video the Energy Education Council produced with Gary and his family:

Gary’s mother: “I remember that day, and it was just so horrible. I knew I’d lost my boy. I just knew it.”

Gary’s brother: “And I remember when I [saw] him. It was … uh, just a little bit … unreal. His eyes were just blood red … like something you’d see out of a movie. Not just bloodshot, I mean blood red.”

Gary: “The day of my injury the doctor said, ‘He won’t survive the flight.’ They were pretty sure I was dead. I mean, that’s why everybody was called and had to come to the hospital to see me before they shipped me out. ‘Get here quick, ’cause you’re probably never going to see him again.’”

Gary’s daughter: “Charcoal. That’s what Dad looked like. The way I can describe it is burnt …”

The words in print here cannot fully convey the powerful emotion you see in the video as this family recalls their experiences, often choking up and struggling to express themselves – more than 20 years after the incident occurred. It is a very powerful story to watch.

Personal experiences and stories are especially well-suited for being told visually, via video, pictures and more. That is significant because 90 percent of the information that enters the brain is visual (see www.t-sciences.com/news/humans-process-visual-data-better). Multiple studies show the brain is mainly an image processor, not a word processor. In fact, the part of the brain used to process words is quite small in comparison to the part that processes visual images.

Making Emotional Connections
The doctors told Gary that the electrical contact caused burns across 37 percent of his body, which would require many future surgeries. Gary spent more than four straight months in the hospital and years in recovery.

Gary recalled, “When I woke up from that first surgery, and I felt the amount of pain I was in, I actually looked to my doctor and my wife and to everybody that was in there and said, ‘You let me die,’ ’cause it was so intense. And I was a guy that was a large, tough individual that could handle large amounts of pain, no big deal. They had the doctor give me all the morphine he could give me, to the point he thought, ‘If I give him any more, I’ll kill him.’”

His family, particularly his wife, Jeanne, had to cope with Gary’s pain, too: “Sometimes when he was struggling, I would say, ‘Just look in my eyes and find something in there, and crawl up there. And crawl in there as far as you can go to get away from the pain.’”

These types of personal experiences and stories provide an emotional connection, which make a deep impression on the brain and memory. Emotions are like neon signs telling the brain “remember this.” Think about it: Those times when you felt something, when you made strong emotional memories, are much more easily recalled many years later than words or concepts you may have learned.

And because they are so memorable, people share and retell personal stories, increasing their impact and power. The stories generate conversation and discussion, which helps to promote a climate of safety among workers, and they address attitudes, which is critical to consistently safe behavior.

The lineworkers and families who have shared their experiences with the Energy Education Council usually offer photos of their physical wounds and recovery journey. These photos increase the visual and emotional impact of their stories. The families want others to see and fully understand what they could potentially go through if they do not correctly follow every step of a task and practice safety at all times.

Gary tells lineworkers, “It’s staying focused on what you are doing, being aware of where you’re at and the situation that you’re in. I don’t care how many years you’ve done it, and you’ve made it, you’ve done it a thousand times. If it’s got a shortcut in it, you’re going to get bit. Take the time and do it right the first time. Be patient.”

Those words have a much different impact and are more personally relevant coming from an incident survivor than a supervisor or trainer. What adds to the power of stories like Gary’s is seeing the experiences of family members through their eyes. Lineworkers who have seen and heard these types of stories consistently remark upon how powerful and important it is to hear from the loved ones.

In addition to their power and impact, videos like the one of Gary and his family are a great way to share personal stories because of their versatility. Use them in safety meetings, trainings and workshops, and provide them to remote workers through emails with video links.

There also are a variety of visual options to reinforce safety themes from personal stories, including company intranet posts of short videos or clips from a longer story; related posters displayed in the workplace; employee handouts, which can be designed in a pocket-sized format so workers can easily carry them around; and articles with accompanying photos in employee newsletters.

Conclusion
In summary, personal stories hit home, and they provide strong means to shift attitudes – and behavior – about safety. Whether you’re on or off the job, keep in mind something Gary’s wife, Jeanne, had to say: “You know, we are simply not careful enough with our lives. And not just at work, but anywhere. We don’t take time to think, ‘If I would just slow down and pay attention. If I would just think that in an instant, if I don’t pay attention, in an instant for the rest of my life, and for the rest of everybody else’s life who loves me, it’s not going to be the same.’”

About the Author: Molly Hall is executive director of the Energy Education Council, a national nonprofit whose members include more than 500 utilities committed to creating a safer, smarter world. EEC’s largest outreach program is Safe Electricity (www.safeelectricity.org), a multimedia effort to provide education about electrical hazards and steps to stay safe. Prior to her work at EEC, Hall spent 14 years as a broadcast news journalist, and then was spokeswoman for a large electric and natural gas utility. While in that position, she was a leader on the task force that created Safe Electricity. Hall became EEC’s executive director in 2002.