The Safety Side Effect: How Good Supervisors Coincidentally Improve Safety

Written by Phillip Ragain on April 20, 2015. Posted in Leadership Development. 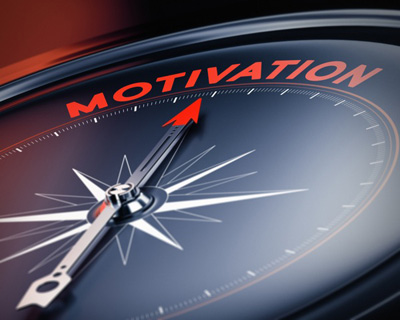 Why do those supervisors whose employees are the most engaged, productive and efficient also seem to elicit the best safety performance? Without having to climb atop their safety soapboxes, boisterously wave the banner of safety or plaster every surface with “Safety First” stickers, their style of leadership coincidentally generates safer performance. It is a side effect of the way that good leaders facilitate and focus the efforts of their subordinate employees. But what, specifically, produces this side effect? As it turns out, supervisors who lead in a certain way create a climate in which their employees are more likely to do something that improves safety: take initiative.

For decades, social scientists have recognized that individuals in positions of authority are disproportionately influential over the behaviors and decisions of those with less authority. Stanley Milgram’s famous study of obedience demonstrated that ordinary people, with moral sensibilities not unlike most of us, would freely choose to administer an apparently fatal electric shock to a stranger when asked to do so by a person whom they perceived to be in a position of authority. In 1973, John Darley and Daniel Batson found that when otherwise kind and caring people were being mildly rushed by an authority figure, they would ignore, walk past and even step over a person who appeared to be in need of medical assistance. There is no shortage of evidence that supervisors, who have authority by virtue of their position in the organization, exert substantial influence over others – perhaps more influence than they even realize.

In the early 2000s, Dov Zohar, a researcher at Technion – Israel Institute of Technology, studied the relationship between leadership and safety and found that supervisors who exhibited certain leaderships styles saw fewer injuries among subordinate employees when compared with other leadership styles. While it is well established that supervisors are often disproportionately influential, and good supervisors generate safer performance, the question remains: How does good leadership coincidentally improve safety? Understanding this begins with an examination of what good leaders do differently.

A Good Motivator
In the early 1990s, The RAD Group began collecting data on leadership practices from the perspective of subordinate employees. For nearly three decades, the organization’s researchers have asked people to describe their best boss. More specifically, respondents are asked to describe the one supervisor for whom they were the most engaged, effective and efficient while working. Across continents and decades, a consistent list of supervisory characteristics and correlated practices was established. People reported that, among other qualities, their best boss was a good communicator, loyal, flexible and decisive. While there is a discernible causal relationship between many of these leadership practices and good safety performance, one characteristic stands out. It is among the most commonly reported and highest-weighted leadership practices. The best boss is a good motivator.

These leaders understand that not all motivation is the same and the best kind takes some work to develop. Consider this analogy: Imagine that you visit the doctor with a potentially life-threatening condition, and the doctor gives you two options. You can either take a prescription drug every day, which will keep the condition at bay but carries with it a host of unpleasant side effects that will also need to be medicated, or you can change your lifestyle – exercise, eat better, break bad habits – which requires substantially more effort but will eventually cure you of the condition. This is much like the two options available to leaders who are looking to increase the motivation of others. They can either introduce extrinsic motivators, like money, rewards, punishments and other such devices, or they can take on the challenge of developing employees’ intrinsic motivation.

The Limits of External Motivators
While many extrinsic motivators are indispensable, they also have the following limitations and drawbacks:

1. They are conditional.
Extrinsic motivators are used to persuade people to do things they otherwise would not want to do. Imagine that an employee is seen not wearing a seat belt and is informed by his co-worker that he will be fired if the site manager sees him not wearing it. Threat of termination can be a profound motivator, but if the employee still feels that wearing the seat belt is an unnecessary annoyance, he probably will not wear it when the site manager is not around. In other words, the motivation is conditional; it is only there when the motivator is in place. If you want to verify this, try informing your workforce that you will no longer pay them for their work, and then wait to see how many stick around.

2. They can motivate unintended behaviors.
A construction company instituted a program whereby employees were awarded bonuses each pay period only if no one on their crew was injured. The intent, of course, was to motivate people to hold each other accountable for working safely. However, the program also led crews to pool their money and sneak seriously injured co-workers off location to receive treatment in emergency clinics rather than report injuries to their supervisors. This terrible but real anecdote highlights a key shortcoming of extrinsic motivators: Namely, it is the end – that is, the reward – in which people find value, not the means by which they acquire it, and people are very good at inventing new, unanticipated and sometimes troublesome ways of acquiring what they want.

3. They undermine internal motivation.
A 6-year-old boy had developed an unquestionable passion for reading, and then he began kindergarten and a startling transformation occurred. To his parents’ dismay, he suddenly stopped tugging at their shirttails with a book in hand and showed markedly less interest in identifying simple words printed on road signs and advertisements. The sad disappearance of this boy’s self-motivation was the unfortunate result of good intentions. In his kindergarten classroom, the teacher used an array of rewards to entice students to read. They were given stickers for completing books, and if they received enough stickers, they were allowed to choose a toy out of the school’s treasure box. Despite their apparent effectiveness in the classroom, these motivators transformed reading into a means to a more desirable end. The little boy no longer read because he wanted to; he read because he wanted stickers. For nearly five decades, psychologist Edward Deci has studied the effects of extrinsic motivators and found that they often produce the unwanted consequence of deteriorating people’s pre-existing internal motivation, much like what happened with the 6-year-old boy.

Good supervisors understand the limitations and drawbacks of extrinsic motivators and weigh them carefully when deciding when and how to use rewards, punishments, bonuses, prizes, tokens and other motivators to improve performance. But they also do something more: They own the challenge of developing others’ intrinsic motivation.

The Challenge of Intrinsic Motivation
Intrinsic motivation comes from within and is sometimes referred to as “achievement motivation” or “self-motivation.” We often describe intrinsically motivated people as having a great deal of personal pride or as those who take initiative.

Consider how much easier your job would be and how much more productive your team would be if people took it upon themselves to do the right thing without being told by a supervisor. The most effective supervisors are found to have a disproportionate number of such self-motivated people working for them, not because they are lucky, but because they deliberately generate intrinsic motivation in their team. Many aspiring leaders fall into a trap of thinking that they must be exceptionally inspirational and dynamic if they are going to elevate people to this level of self-motivation, yet inspiration is fleeting and dynamism is seen as disingenuous when not built upon a genuine concern for the success of others.

As elusive as it might seem, intrinsic motivation can be traced to two relatively simple sources: success and recognition. People who take initiative are willing to risk success rather than avoid failure. They are willing to do something of their own volition because they believe that they can succeed in their effort, even though they would be personally responsible if they were to fail. Such people have a certain level of self-confidence – confidence that they can be successful – which is the product of past experience. More specifically, when people personally achieve something meaningful and also are recognized by a significant person for their achievement, they incrementally develop the self-confidence that is the foundation of intrinsic motivation.

Additionally, when leaders treat a person’s failure as an opportunity to learn and improve, rather than an opportunity to criticize and blame, that person spends less time avoiding failures and more time risking success.

In other words, when people work with a supervisor who gives them the opportunity to achieve meaningful things, recognizes their accomplishments and helps them to learn from their failures, those people develop intrinsic motivation. They become more likely to take initiative.

Climate and the Safety Side Effect
The connection between good leadership and strong safety performance lies in the climate that leaders create. They produce a working environment in which, among other things, people are more likely to take initiative, and taking initiative has a big impact on safety. Consider the following examples:
• While conducting a routine lift, the crew at a remote location drops the load from 2 feet. There is no damage to the load, but they still report it as a near miss without fearing that they will be reprimanded.
• After seeing the state of the equipment that he will be servicing, a technician takes 30 minutes to improve the operating plan rather than stick with the original plan given to him by his supervisor. He believes that his supervisor will support this decision.
• A team institutes their own policy of having two spotters at different vantage points during simultaneous operations, rather than the one requisite spotter. Believing that their employer would support their decision, they made the judgment call that reducing risk warranted slowing down the job.

Conclusion
There is certainly more to being a good supervisor than motivating others, and many of the practices identified through The RAD Group’s study contribute to a climate in which people are inclined to improve safety. However, by looking at the leadership practice of motivating others, we can see how good supervisors produce the safety side effect while in pursuit of quality, productivity and other key performance metrics.