Written by Phillip Ragain on June 7, 2017. Posted in Leadership Development. 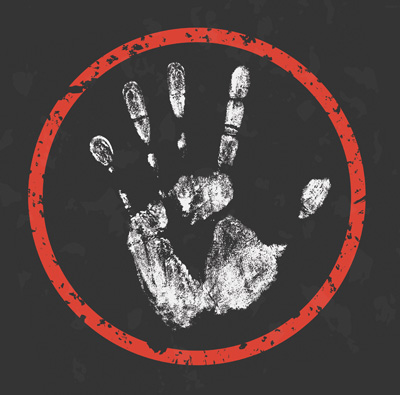 The agitation of the managers sitting in the meeting room is palpable. The safety director sits stiffly at the conference table. Everyone is overwhelmed by a hurricane of thoughts. “We did everything we could, right?” Conjectures whirl. Voices surge. “We’ve spent the last three years installing a safety management system to keep this sort of thing from happening. It was textbook!”

These leaders wonder to themselves, “Did I do something that led to this?” But soul-searching eventually gives way to frustration as a voice stands out in the room: “What were they thinking out there?”

People grab hold of these words and their implication – that the incident occurred because a handful of people in the field did something wrong. It seems a simple matter of fact that explains what happened and points to what must be done next. “We will review our policies, retrain everyone, hold people accountable and get rid of those we can’t trust.” And it works … until the next storm blows in.

This scenario has played out countless times, with an array of casts and in the aftermath of many different kinds of events. Some are small-scale events, like an employee failing to lock out equipment before servicing it. Others are catastrophic events, like an exploding chemical plant.

My colleagues at The RAD Group and I propose that the thought process represented here is a trap, and one that people at all levels of an organization can fall into quite naturally. We call it the “human error trap,” and when organizations become ensnared, they find themselves unwittingly stuck in a status quo of safety.

Human Error
That amazing machine in our skulls – the human brain – is simultaneously awe-inspiring in its capacity and frustrating in its limitations. We can solve complex problems in rapidly changing scenarios, then forget where we left our car keys. We can administer elaborate operating procedures, then turn a switch right instead of left. Mistakes are part of being human, but in industrial environments, mistakes can be disastrous.

As commonplace and potentially dangerous as these mistakes might be, my colleagues and I propose that focusing on human error in the aftermath of an incident can limit an organization’s ability to improve safety. To understand why, it is important to clarify what is meant by “human error.” For practical purposes, it can be understood as an action that brings about undesired or unintended consequences. While there are many different error types and error classification schemes proposed by researchers, in practice, human error often simply means that someone did something wrong – an employee failed to follow a procedure, applied the wrong procedure or did not comply with a policy.

But what is wrong with focusing on human error when an incident occurs?

The Trap
A majority of incident investigations correctly identify employees who made mistakes or deviated from policies and procedures. And like a flame that lures a moth, an employee’s “bad decision” can capture the attention of leaders, distract from other causal factors and preclude better corrective actions.

Consider, for example, an incident that occurred in 2016. Employees were hauling wire reels to a wire-pulling location when, while making a turn, the trailer carrying the reels turned on its side. Thankfully, no one was injured; the consequences could have been much worse. Immediately after the incident, an initial investigation found that the trailer had been overloaded by almost 5,000 pounds. The two employees responsible for loading and transporting the reels were promptly terminated by their foreman when he learned that they had failed to comply with the company’s policy. To the foreman’s credit, the employees did, in fact, do something wrong, and the foreman no longer trusted them to work safely on the project. He did not believe that they met his standards of safety. So, why characterize this as a trap? There are two reasons.

1. Human error lures us in. It has a natural gravity or attraction to it. Once an error is identified, it draws a disproportionate amount of leaders’ attention. The investigation quickly focuses on the error, and other causal factors appear less significant. In the case of the overturned trailer, once the foreman learned that the employees had broken a policy, little else mattered.

2. Human error keeps us stuck in a couple of ways. First, our attention fixes upon the people involved: “The human is the root cause of the error.” We mistakenly draw this conclusion because of a natural quirk in our psychological makeup known as the fundamental attribution error, which is the tendency to place undue emphasis on other people’s character or motivation when they do something wrong, rather than consider situational influences. It is the natural inclination to attribute an error to a personal flaw rather than the context in which the error occurred. After the trailer overturned, the foreman succumbed to the fundamental attribution error, concluding that the two employees could not be trusted to meet his standards of safety.

Second, once leaders conclude that people caused an incident, corrective actions must aim at correcting the people involved. This leaves leaders with a narrow range of solutions to choose from, including training, communicating policies, imposing consequences and making other employees aware of the error so that they do not do the same thing in the future. However, these corrective strategies have limited effectiveness and fade over time.

Once it was determined that the trailer overturned because two employees deviated from policy, the strategy for preventing future incidents seemed clear to the foreman – remove the people who make such mistakes, re-emphasize the policy and demonstrate that there will be consequences for failing to comply with the policy. Such a strategy will work for a while, but in time the incident will no longer be at the front of people’s minds, new employees will be hired and the emphasis on correctly loading trailers will be replaced by something more recent or urgent. In other words, this corrective strategy is fundamentally temporary, and in time, the organization will be back where it started. It will be stuck with the same risk of human error.

Avoiding the Human Error Trap
The foreman in this incident fell into the human error trap when, upon learning that the employees had acted inconsistently with the company’s policies, he focused more on the humans who had erred and less on the context in which the error occurred. Left at that, the organization would have been stuck with the possibility of dealing with the same error again in the future.

Fortunately, managers at this company were able to avoid the human error trap. The full incident investigation found that, while the materials loaded onto the trailer were nearly 5,000 pounds over the trailer’s haul capacity (the maximum load the trailer should carry), the materials were about 1,000 pounds under its gross vehicle weight rating (which is how much the load and trailer combined should weigh). The investigation determined that the employees mistook the trailer’s GVWR for its haul capacity. It was a mistake, to be clear, but one that begged the question, why did this error occur? Management ultimately was able to avoid the human error trap by focusing on the context in which the error occurred, rather than the people who made the error.

So, how do leaders avoid the human error trap?

1. Don’t be lured in. When human error is identified as contributing to an incident, avoid the urge to focus on it at the exclusion or de-emphasis of other contributing factors. Errors can trigger frustration, disappointment or even anger on the part of leaders, but these emotions should not cause leaders to pay disproportionate attention to the human mistakes that were made.

2. Don’t get stuck. When trying to understand why an error occurred, do not succumb to the fundamental attribution error and blame it on the individuals involved. Explore the context in which the error occurred, including the social, physical and organizational factors that could have been affecting people’s decisions and behaviors. Then, when determining corrective actions, avoid the temptation to simply emphasize, motivate and retrain. Look instead for ways to change the context in which people will be making such decisions in the future.

In the case of the overturned trailer, the organization eventually escaped the human error trap by focusing on the context in which the two employees made their decision. Recognizing that operations can be fast-paced and employees’ attention can be drawn in many directions at once, it became clear that employees could easily confuse a trailer’s GVWR for its haul capacity. The organization aimed at creating a context in which it would be easier for employees to make the right decisions while loading trailers, which gave rise to a range of better corrective actions. Ultimately, they elected to calculate and prominently post the haul capacity on each trailer so that employees would readily know the weight limits of their loads.

About the Author: Phillip Ragain is the director of training and human performance at The RAD Group (www.theradgroup.com). He has developed a range of training programs currently used around the world, including safety culture leadership and mentorship training. Ragain also has authored dozens of articles on topics including culture, leadership, ethics and human performance.