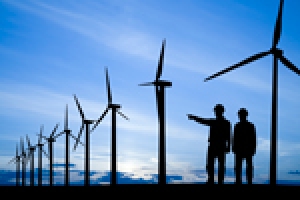 In iP’s first installment of the Supervisory Series (April 2011), we discussed how many organizations react when they are in sudden need of a crew foreman. Most have no career development plans for their lineworkers and have not taken the time to adequately prepare qualified crew members to move into a supervisory position. A quick decision is made out of desperation to promote the best employee we can find at the moment. Unfortunately, with good intentions, we often set up our best employees to fail this way because they have not been properly prepared for their new responsibilities.

The Foreman’s Role as Supervisor
A powerline crew is typically considered a mobile workforce – rarely are these crews in one location for long. This mobility presents unique challenges in many ways, but it has always encouraged a culture of teamwork among a cohesive group of individuals. That’s good. The team leverages the skills and strengths of its members for a common objective – getting that pole framed out, in the ground and some lines installed. Quickly, please, we have lots to do.

Quite often this means that the foreman is a “working foreman,” not a supervisor in the traditional manufacturing sense who oversees the work of his group, rarely doing the work himself. A powerline crew foreman is usually actively involved with the work being done. Consequently, he may have a dual identity – that of a worker and that of a supervisor. This can be confusing to crew members. Coupled with this challenge is the shifting perception of authority that has steadily changed over the last 50 years. Supervisors are seen as less powerful than they used to be and the workers are more involved in decision-making than ever before. This trend actually creates some opportunities for management, but can further muddy the waters for new supervisors.

To be effective as a supervisor, the foreman must be sensitive to his true role on the crew. He’s not a buddy; he’s now the boss with broader responsibilities than a typical crew member. Does this mean the foreman can’t be friends with his crew members? No, but on the job the foreman is the first the boss. This dual identity is very difficult to work through, especially for the new foreman. Being aware of this natural fact can help both management and the new supervisor become proactive in dealing with crew member reactions to the boss/buddy confusion.

New Skills Required
Learning how to climb a pole and rig a transformer to be changed out were good skills to have as a crew member, but now the new crew foreman needs different skills to be effective as a supervisor, including:
• Human Behavior and Communications
• Planning and Organizing
• Delegating
• Motivating
• Conflict Resolution
• Coaching and Counseling

The first one, Human Behavior and Communications, warrants an entire article of its own and will be dealt with in the next installment of the Supervisory Series.

Planning and Organizing
As a lead lineman, the new foreman was good at planning and organizing the work he needed to do on each job site. However, being responsible for a work task and planning and organizing a multifaceted job involving a team of people are two different things, as the new supervisor will soon discover. The foreman is expected to literally think of everything required to complete that project safely, productively and at a level of quality acceptable to the customer or operations manager. Checklists can help. Spending a day or two shadowing a seasoned, experienced foreman can be valuable as well. The new supervisor will forget things and not think some things through – it’s inevitable. He’ll fail, but let him if you can. Some of the best lessons come this way.

Delegating
Delegating may also be a new experience. As a lineman, the new supervisor may have had an apprentice with him, delegating some tasks to the trainee. It’s a good way to start, but strong delegation skills are going to be critical for the new foreman. Many of our best people are guilty of living the adage “if you want a job done right, do it yourself.” They try to do too much personally, suffer burnout and allow their people a free ride in the process. Effective delegating means expecting each crew member to take personal responsibility for their part of the job, communicating those expectations and then being there for support if it’s truly needed. The foreman may be able to perform every job on a typical crew, but that doesn’t mean he should.

Motivating
No one can motivate someone else. That is not saying crew members aren’t motivated. It’s saying they are motivated for their own reasons – not ours. The new foreman can learn important things about setting up a situation where the crew member is likely to motivate himself to perform better or for a specific goal. What this means is that the foreman needs to know what is important to the crew member. If the new supervisor assumes everyone on the crew is motivated to perform for the same reasons he is, he’ll fail. For example, assuming everyone on the crew will be motivated to work overtime for the extra money won’t work for Joe, the apprentice. Joe has to pick up his kid at day care by 5:30 p.m. or face a $20 per hour additional fee. If the foreman doesn’t know what motivates his people, he won’t be as effective as he could be.

Conflict Resolution
The best powerline crews are good, effective teams. However, each member is also human. It’s not unusual for crew members to spend more waking hours with each other than with their own families. Some conflict is bound to occur. It’s not a question of whether, it’s when and what’s the conflict going to be about. Since the new foreman was probably a crew member himself, his knee-jerk reaction may be to take sides. As a supervisor, he represents the company to his employees and must remain objective. It’s often difficult for a new supervisor to know what the company’s position should be on any given issue. It’s important that, as part of his supervisory training, a thorough understanding and buy-in of the company’s mission statement and statement of values be part of the training. No training will cover every possible conflict that may occur, but by having a clear understanding of its mission and values, the new foreman will at least have a foundation to better represent the company’s interests.

Coaching and Counseling
Hard-nosed lineworkers of old were told to not bring their personal problems to work with them and to focus on the job. This directive didn’t work then and it doesn’t work now. None of us is one person at home and a different person at work. When your child is sick, you’re not going to forget about it, nor should any company expect an employee to do so. It is important for a supervisor to be somewhat sensitive to what is going on in the lives of crew members. There is a fine line between concern and meddling and that line may be different with each person. In some cases, where the crew member’s mind and attitude are today may mean the difference between a safe work day and an injury. That is the counseling part. The coaching part is an ongoing responsibility the supervisor has to help each crew member improve their knowledge, skills and performance. This may not come naturally to the new foreman, especially if he has never experienced the benefit of a mentor himself.

Conclusion
How a powerline crew performs in the field is often a direct result of the foreman’s competence. Competence, in this connotation, does not mean his technical proficiencies. He’s been working on those skills for years. However, now, as a supervisor of a team of workers with trucks, tools and equipment often worth a half-million dollars, it is the new foreman’s ability to supervise effectively that will mean the difference between success and failure for this man and this crew. The time, effort and money invested in supervisory training as part of a comprehensive career development plan for those future crew leaders help raise the odds for success and will pay dividends for years to come.

About the Author: Ronald J. Schenk, CUSP, is the executive director of the Institute for Safety in Powerline Constructrion (ISPC), an electric utility industry association focusing on safety and training for lineworkers. His career in the utility industry spans 21 years and includes 14 years on staff with an Engineering News-Record (ENR) Top 5 powerline contractor where he served as director of training for 1,800 lineworkers. For more information, call 866-880-1380 or email Schenk at ron@ispconline.com.

Our mission is to advocate for safety and health in the powerline construction and maintenance industry by: Researching and developing, safety, training and health standards Educating, training and assessing skills Defining best practices Auditing programs and advising management Advising regulatory agencies