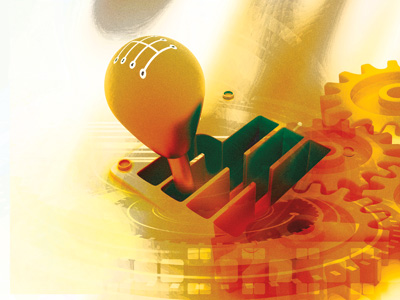 In one way or another, culture helps to shape nearly everything that happens within an organization, from shortcuts taken by shift workers to budget cuts made by managers. As important as it is, though, it can seem equally as confusing and hard to control. Culture appears to emerge as an unexpected byproduct of organizational minutiae: A brief comment made by a manager, misinterpreted by direct reports, propagated during water cooler conversations and compounded with otherwise unrelated management decisions to downsize, outsource, reassign, promote, terminate and so on.

Culture can either grow wild and unmanaged – unpredictably influencing employee performance and elevating risk – or it can be understood and deliberately shaped to ensure that employees uphold the organization’s safety values.

Pin It Down
Shifting a safety culture starts with pinning down what we mean by culture. While there is a long, rich and occasionally contentious history of debate about what culture actually is, for practical purposes, we will go with a conveniently simple way of capturing the idea: Culture is the taken-for-granted way of doing things in a specific environment.

Culture can be thought of as the way people act, interact, talk and generally comport themselves within a social/physical space. This is more understandable by way of comparison. For example, consider the words, accent, body language, volume and tone of voice you use while speaking with your supervisor’s supervisor. Then consider the way you communicate with a longtime friend. For most people, there is a substantial difference between the two, though no conscious judgement is made about the appropriate words or tone of voice to use in each situation. These adjustments in speaking styles happen automatically, without the speaker considering whether they are right or wrong, appropriate or inappropriate.

A similar comparison can be made between safe and unsafe activities in different spaces. The use of personal protective equipment is a good example. When asked, many people will report that they automatically wear PPE while on the job but use hand tools at home without even thinking about wearing eye protection. In each space, the two ways of working are done with little to no consideration of appropriateness.

With this definition as a starting point, if we can understand how people come to take for granted that certain behaviors are appropriate in a given space – that is, if we can understand the mechanisms that generate culture – we will be better positioned to shift a culture in support of safety. The good news is that, while presenting itself as complicated and nebulous, culture is remarkably ordinary at its core. It is simply the collective result of people’s brains doing what they always do.

Our Brains at Work
Recall the first time that you drove a car. While you might have found it exhilarating, it was also stressful and exhausting. Recall how unfamiliar everything felt and how fast everything seemed to move. Coming to a four-way stop for the first time, your mind was racing to determine when and how hard to press the brake pedal, where the front of the car should stop relative to the stop sign, which cars at the intersection had the right-of-way and more. While mistakes might occur in situations like this, we should not overlook how truly amazing it is that our brains can take in such a vast amount of novel information and rapidly identify an appropriate course of action. We can give credit to the brain’s executive system for this (for more information, Daniel Kahneman’s “Thinking, Fast and Slow” gives a thorough and reader-friendly description of this and other cognition theories). The executive system is the brain’s problem-solving system. It is what’s at work when we take in new information, deliberately weigh the information against what we want to achieve and then make a decision about the right course of action.

But this is not all our brains do. Because this executive system has its limitations – it can only handle a small number of challenges at a time, is fatiguing and, as some have proposed, consumes a disproportionate amount of the body’s energy – our brains also automate the efforts that work for us. Now that most of us have been driving for many years, approaching a four-way stop is a much different scenario than it was when we first got behind the wheel. Our brains have automated this process and are free to continue thinking about, for example, what we need to pick up from the store before going home.

When we come up with a way of doing something that works – even elaborate processes – our brains hand it over to an automatic system. This automatic system drives our future actions and decisions when we find ourselves in similar circumstances, without bothering the resource-draining executive system to come up with an appropriate course of action.

Why It Matters
So, what does driving have to do with culture? Whatever context we find ourselves in – whether it is a four-way stop or the first day on the job – our brains take in the range of relevant information, come up with an effective course of action, try it out and, when it works, automate it as the way to do things in that particular situation. Concerning culture, the brain is solving a specific problem: How do I satisfy my purpose in this space while cohering or fitting in with others? How do I, for instance, keep my job without being the odd man out?

Consider, for example, an employee who leaves new-hire orientation with a clear understanding of the organization’s safety policies and systems. At that moment, he believes proactively contributing during a pre-job planning meeting will lead to recognition and professional success.

Unfortunately, the actual production context is quite different from the context of new-hire orientation. There are hurried supervisors, disinterested old-timers and impending deadlines, and what seemed to the new employee like the right thing to do after orientation now looks like an easy way to be ostracized and opposed. His brain’s executive system quickly determines that staying quiet and “pencil whipping” the pre-job planning form as others do is a better course of action. It feels wrong at first, but in no time our hapless new hire is doing so without thinking about whether it is the right thing to do. It becomes the taken-for-granted way of doing things in his work environment.

Changing Culture
If culture is the collective result of brains solving problems and automating the behaviors that work in a given context, then changing culture comes down to changing context – changing the rules for success and cohesion. If you learned to drive in the U.S. but find yourself at an intersection in England, your taken-for-granted way of driving no longer works. When the context changes, the executive system has to wake up, find a new way to thrive given the details of the new context and then automate it for the future.

This means that, to shift a safety culture, we need to change employees’ work context so that working safely and prioritizing safety when making decisions lead to success and cohesion, not lip service or quarterly kudos from leaders for keeping numbers low. Working safely needs to lead to genuine, day-to-day success.

Three Steps to Shift Culture
The exact process for shifting a safety culture is not uniform from one organization to the next. It varies depending on industry, personnel, history and the culture that is already in place. However, there are three general steps to be taken that leverage the mechanisms driving culture.

Step 1
Identify the behaviors that must be taken for granted in order for your desired safety culture to thrive. Do you want employees to report all incidents and near misses without hesitation? Should managers approve budgets for safety-critical expenditures?

This exercise amounts to defining your safety culture. Avoid the common mistake of falling back on vague value statements. While possibly true, “Safety is our No. 1 priority” neither qualifies as a taken-for-granted behavior nor serves as a solid foundation for the following two steps of this process. Start with the behaviors you want as part of your culture; the values will emerge later.

Step 2
Analyze employees’ contexts to see what is currently inhibiting or competing against the behaviors that you want to be taken for granted. Are shift workers blamed by their supervisors for near misses? Are the managers who cut costs by cutting corners also the ones being promoted?

Be sure to look at the entire context. Oftentimes factors like the physical layout of the work space, the reporting structure and incentive programs play a role in inhibiting these desired behaviors. For example, we worked with a manufacturing facility that had a culture of hiding incidents and near misses, but they wanted a culture of open safety communication. A cultural analysis found that there were two prominent features of the production context that inhibited this desired behavior. First, near-miss reports were put in the personnel files of people who were involved in the events, which employees perceived as threatening to their careers. Second, the company paid monthly, team-based safety bonuses only if no one on the team was involved in an incident. When these features of the production context were altered (see Step 3), reporting near misses and incidents re-emerged as the taken-for-granted way of doing things at the manufacturing facility.

Step 3
Change the context so that, when employees exhibit the desired behaviors, they are more likely to thrive within the organization. Thriving means that employees receive recognition, meet the expectations of their superiors, avoid resistance and alienation, achieve their professional goals and avoid conflicting demands for their time and energy. In other words, they satisfy their purpose for being at work while also cohering with the people around them.

Give It a Try
Shifting culture comes down to strategically changing the context in which people find themselves. Give it a try and you might find that, once you understand how your organization’s context is shaping people’s behaviors and decisions, shifting culture is easier than expected.

Start at Step 1. Pick one simple behavior and see if you can help others to automate it by adjusting their working context. If you continue the experiment and create a stable working context that consistently encourages a range of critical safety behaviors, working safely will eventually become how people do things in your organization.