Written by Claudia Hendricks on September 19, 2013. Posted in Safety Management. 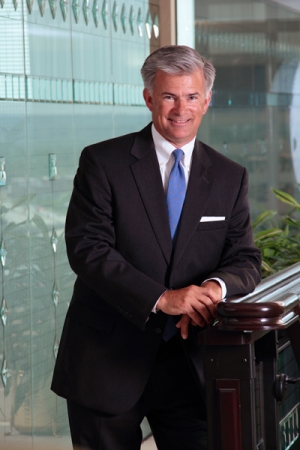 Safety champions Louisville Gas and Electric and Kentucky Utilities companies have created a culture of safety excellence with consistently low injury rates and hundreds of national and international awards to their employees’ credit. A key factor in LG&E and KU’s success has been a top-led, employee-driven approach to safety, which includes a concentrated effort to identify hazards and issues and proactively address them before they become injuries. Safety professionals know that even the most exemplary performance can turn upside down in a split second due to any number of factors. They may include the failure to follow procedures or recognize hazards, distractions, attitude, complacency and even a false security about past successes. LG&E and KU have been very effective in managing those situations as well as one that can easily be overlooked – change.

LG&E and KU’s new chief operating officer, Paul Thompson, understands from personal experience the criticality of safety management during change. The companies have experienced their share over the last decade, so Thompson pays close attention to events that potentially could affect the safety performance of his nearly 2,800 Operations employees. He knows that even minor variations in an internal organization, the workforce or the work environment can be impactful.

“It is not uncommon to focus on the big picture and forget that employee emotions and attitudes are involved – even at companies that have robust safety cultures like ours,” Thompson said. “LG&E and KU employees control hazards, stop unsafe work and ultimately drive our safety performance. However, they are human and not immune to the effects of change, which can be a costly safety distraction, particularly in high-risk operations areas. A committed management team should be cognizant of that fact and be prepared to pointedly address it.”

That’s exactly what Thompson and his executive team did when LG&E and KU’s Operations areas, Energy Delivery (gas and electric distribution) and Energy Services (generation, transmission and construction), merged earlier this year. Thompson, a strong safety champion, was senior vice president, energy services, and then was promoted to chief operating officer. The different business units had worked closely for years on building operating and safety synergies, so the transition to a single organization was smooth on the surface.

“Still, we were keenly aware that the movement of people and responsibilities at various levels of the organization could cause uneasiness,” he said. “Our culture is strong. However, it is natural for people to be apprehensive and preoccupied when even the perception that things are different exists. That leads to distractions and injuries.”

Upon assuming his role as COO, Thompson immediately focused his experienced management team on reinforcing safety. He also issued a video and letter to the employees in his new organization to emphasize his stand on safety and to remind them to stay focused during the transition.

“You must continue to concentrate on working safely, follow all procedures, hold job briefings and protect each other,” his message said. “Let there be no doubt that safety continues to be our operational priority and a core business value.”

Thompson also recommitted that employees have unquestionable freedom to demand safe work conditions, prevent hazards, correct deficiencies on the job and stop unsafe work. Others on his management team followed suit. The merger of the two groups was seamless and the positive safety performance has remained intact. In addition, the employees in the new Operations organization are working together more effectively to build an even stronger safety culture.

Plant Closings and Modifications
LG&E and KU, like many utilities with coal-fired generating units, face expensive regulatory-mandated modifications to emissions-control equipment as well as plant closures. Two years ago, the company announced plans to close three of its generating stations. Two, Green River and Cane Run, are still producing electricity and populated with employees. The looming closures and uncertainty among employees about their futures could easily have been detrimental to safety.

“Our culture is deeper than that,” Thompson said. “There have been challenges, but our employees have remained steadfast in their safe work practices despite the circumstances. They know that, professionally and personally, working safely is critical to their futures, and they take charge of the situations. We are extremely proud of them.”

At the Green River plant, safety observations, near-miss reporting, pre-outage job briefings and morning meetings raise issues, which are addressed immediately to keep employees focused. In fact, Green River employees’ outstanding performance won them the Kentucky Governor’s Safety and Health Award in 2011 and 2012. In July, they surpassed two years without a recordable injury.

At Cane Run, employees face the closure of their plant while watching a new natural gas combined-cycle unit being built on the property. The employees celebrated a full year without a recordable injury in 2011, but several minor injuries occurred after the plant-closing announcement. In response, the employees developed an aggressive safety program based on a continuous improvement methodology. It includes emphasis on pre-job briefings, holding each other to high expectations and fixing “landmines” such as poor lighting, loose handrails and tripping hazards. The Cane Run employees are now back on track, exceeding seven months without a recordable.

Significant modifications and construction also are ongoing at LG&E and KU’s other coal-fired plants, creating distracting operational changes and potential hazards for the on-site workforce as well as project contractors. LG&E and KU have a good record in this area, too. A safety management process assists contractors’ employees in meeting or exceeding the companies’ high safety standards before, during and when wrapping up work on LG&E and KU property. Proactive communication to plant-based employees about changes in the work environment and other unfamiliar hazards helps to reduce risks as well.

“It is all about realizing that any deviation from the norm is going to generate new issues and hazards,” Thompson said. “You have to figure out what those are ahead of time and take measures to address them.”

Continuing the Safety Legacy
LG&E and KU also face another pressing change that could shake the very foundation of their safety culture, but management is on top of the situation. Like many utilities, LG&E and KU have a large number of employees nearing retirement age. Over the next decade, the companies estimate about 1,200 employees who helped to develop LG&E and KU’s safety culture will retire and take with them the behaviors, knowledge and experience that sustain it. The majority of those employees are in Thompson’s Operations area. Consequently, a number of proactive measures are under way to prevent the erosion of the safety culture.

At its 2013 Safety Summit in January, LG&E and KU launched a multifaceted safety legacy initiative, which includes enlisting the support of frontline leaders.

“They have the greatest influence on employees’ behaviors and set expectations,” Thompson said. “Their strong leadership, demonstration of proper practices and unwavering commitment reinforces safety as a professional skill and a learned behavior for both current and future employees.”

Most of the companies’ frontline supervisors, as well as business partners and regulatory officials, attended the safety summit. A safety legacy team consisting of employees, retirees, business partners and their loved ones – ranging from 2 weeks to 80 years old – reminded the audience about the personal importance of sustaining the culture for future generations. LG&E and KU’s CEO, Vic Staffieri, and other officers reiterated safety leadership responsibilities and the importance of embedding in new employees the use of fundamental safety practices, operational discipline and an enthusiasm for safety. This year, all frontline leaders also must complete four mandatory online safety modules developed by a LG&E and KU cross-functional team. The training covers many basic safety skills that leaders already possess, but ensures uniformity in understanding and practices companywide.

“Our goal is to guarantee the existing workforce will continually demonstrate the right safety mindset and positive behaviors, so new employees will adopt and improve upon them,” Thompson said. “New team members must know immediately, from the actions of their peers, that safety is the way we do business and everyone is accountable for his or her actions.”

LG&E and KU’s workforce planning team also is preparing for change and the potential impact a large number of retirements could have on safety, operations and the overall employee population. The LG&E and KU Safety Governance Council of six officers, including Thompson, is leading the way to ensure proactive measures will offset potential safety knowledge and experience loss. The realization that aggressive steps are necessary to sustain the companies’ safety legacy was highlighted during a council field trip a few years ago.

“At an operations center in rural Kentucky, a young line tech expressed a concern because older co-workers were retiring before he could learn from their safety experiences,” Thompson said. “This was a ‘wow’ moment because the young man’s awareness and hunger for knowledge exemplified the depth of our employees’ safety commitment and our need to act.

“Safety is very personal to all of us at LG&E and KU, and our culture of excellence is seamless, transparent and of great value to employees, business partners and customers,” Thompson continued. “We have worked extremely hard to reach this point. We are determined that our low-risk work environment and excellent performance will endure the test of time as well as predictable and unpredictable changes.”

About LG&E and KU: Louisville Gas and Electric Co. and Kentucky Utilities Co., part of the PPL Corp. family of companies, are regulated utilities that serve 1.2 million customers and have been consistently ranked among the best companies for safety and customer service in the United States. LG&E serves 321,000 natural gas and 397,000 electric customers in Louisville and 16 surrounding counties. Kentucky Utilities serves 546,000 customers in 77 Kentucky counties and five Virginia counties.

About the Author: Claudia Hendricks is a consultant and staff writer for LG&E and KU’s Communications Department, with multiple years of experience focused on safety.