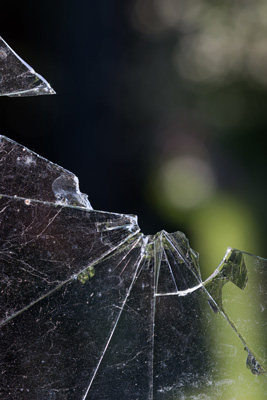 World-class organizations do not achieve sustained safety excellence without a process in place that identifies risk exposure well before an incident or injury occurs. Yet countless companies have established observation programs without measurable success. In the paragraphs that follow, my goal is twofold: to provide readers with a greater understanding of the importance of employing a proactive safety observation strategy in the workplace, and to offer a step-by-step guide to ensure its effectiveness.

Broken Windows
To begin, I want to provide two examples of a topic that has significant influence on the human thought process and is a focal point of Malcolm Gladwell’s book “The Tipping Point,” a must-read for those interested in changing safety culture.

In a March 1982 article published in “The Atlantic” (see www.theatlantic.com/magazine/archive/1982/03/broken-windows/304465/), George L. Kelling and James Q. Wilson introduced what has come to be known as the broken windows theory, which suggests that context plays a material role in how people act. Specifically, if a neighborhood is plagued by buildings with broken windows, people will conclude that no one in the area cares or is in charge, and more windows will be broken. These minor infractions will then lead to major crimes and a steady decline of the neighborhood. Conversely, an orderly neighborhood free of property damage and litter indicates an environment where such things are not tolerated.

The second example dates back to the mid-1980s, when crime was escalating in the New York City subway system. City leadership put the broken windows theory to the test; if a subway train was tagged with graffiti, the graffiti had to be removed within 24 hours. The rationale was that in order to win the battle against crime, the environment has to be changed, especially the environment that people can see. After the graffiti rule was implemented, New York City subway crime fell throughout the 1980s and 1990s. In his analysis of these events in his book, Gladwell stated that the city had reached a “tipping point” that caused crime trends to dramatically reverse.

These examples help to demonstrate that there is a powerful connection between context and behavior, and it is one that applies to all industries. In our work as safety consultants, my colleagues and I have found that when leaders proactively focus on the observable safety aspects of a work site, they will positively influence the decisions of individual workers and ultimately change the organization’s safety culture for the better.

So, how can you improve the culture within which your employees make decisions? This is where the implementation of a proactive safety observation program comes into play. For it to be effective, there are four steps you must take.

Step One: Define Your Expectations
Every effective observation program begins with defining the safety expectations of each of your utility’s work environments, risk categories and job types. The document that contains all of these expectations is your critical observable actions list, which will serve as the common denominator throughout your observation program.

Start by listing the safety expectations of your typical work environments. For example, let’s assume you have crews working in enclosed spaces. A list of non-negotiable actions would likely include atmospheric testing, having a rescue plan in place that employees have been trained to properly execute, and keeping rescue equipment on hand and readily accessible. Once complete, these items would comprise your critical observable actions list for enclosed spaces. Note that the list does not replace your company’s safety manual, OSHA regulations or any other source of safe work practices.

It bears repeating that the actions on your list must be non-negotiable. Clearly, regulations change, best practices improve and thus your critical observable actions must be flexible. However, once they are implemented, they cannot be subject to change in the field. The human mind looks for loopholes, and none can be offered when it comes to critical actions. If an action is negotiable, it’s not critical, and it shouldn’t be on your list.

Step Two: Communicate Clearly
Once you’ve created your critical observable actions list, you must communicate it efficiently and with clarity. It is absolutely vital that the contents of the list be integrated into your training; orientation training must literally define each critical action. Lack of integration is one of the great failures of numerous safety programs. Each element of your safety strategy needs to reinforce the others.

After the list has been communicated, confirm employee comprehension of its contents. I encourage the use of simple true-or-false and multiple choice questions to ensure recall. And if your critical actions are well-written and presented in context, recall will be high.

Beyond comprehension, look for intention. Ask every employee to initial every critical observable action on the list, indicating their understanding and intention to comply. In addition, ask employees to sign and date the entire list. I often explain this as a binding agreement between the employee and the employer, and by signing it, employees are giving their word that they intend to comply with the listed actions. While some employees will break the rules, far fewer are willing to go back on their word.

If during training you clearly communicate your critical observable actions, quiz for comprehension and verify intent to comply, you will have built a strong foundation for your safety observation program.

Step Three: Observe Proactively
The objective of numerous observation programs seems to be catching people doing something wrong, but employers should be doing the opposite – they should have a primary focus on verifying what crews are doing right. A top goal of a strong observation program is to confirm as many critical observable actions in the field as possible in order to reinforce safe behaviors and work toward creating and maintaining a positive safety culture. One of the most telling leading indicators you can track is the number of critical actions confirmed per crew each week.

On a related note, in our roles as safety consultants, my colleagues and I often are asked whether to record observations electronically or using paper forms. There are pros and cons to the use of each, but for those hesitant to use electronic forms, I’d like to point out some of their advantages.

Electronic forms are easy to create and modify. They can be revised in minutes, so the very next observer will see the new critical observable action on his or her checklist. The forms can also be designed to include multimedia and GPS technology, giving leadership a much richer view of each work site. For example, you can include pictures, navigable maps, movies and sound. And finally, electronic forms allow for more efficient analysis, reporting and identification of trends than paper forms.

Step Four: Correct Persuasively
Employees tend to diverge from critical actions for one of the three reasons. Following is insight into each of those reasons, plus effective ways to correct the unwanted behaviors and other issues.

To take communication of expectations a step further, write a short article about each critical observable action. These pieces can be published throughout the year via email or newsletter, or they can be used strategically when a gap is observed. The goal is to help employees reconnect with the critical actions and their purpose.

Reason 2
Employees did not have the right tools to work with according to your expectations. It is imperative that a system is in place that encourages immediate response to safety impediments in the workplace. While some organizations use suggestion boxes, many now use smartphone applications or other tools to immediately notify stakeholders of pressing issues. The safest companies respond to these issues immediately, or at least within 24 hours.

Reason 3
Employees chose not to work according to your expectations. Although this is sometimes indicative of a deeper structural problem within an organization, I believe the approach to observations that I have outlined in this article will go a long way toward changing the decisions employees make. If an employee demonstrated comprehension of your critical actions and indicated intention to comply, then not doing so is tantamount to breaking an agreement, and that is something you must directly address with the employee. Fortunately, most employees strive to be considered reliable, and over time, those who don’t will move on from your organization.

Conclusion
The observation plan described in this article is simple, but by following each of the four steps, you can take a page from Malcom Gladwell’s book and steadily move your safety culture toward a positive tipping point.

About the Author: Thomas Arnold, CSP, CUSP, MBA, is senior partner and safety program director at Professional Safety Solutions LLC. He has more than 20 years of experience in risk management, including financial risk, data analysis, project planning, management and policy writing. Through his work at Professional Safety Solutions, Mr. Arnold provides organizations in the utility and renewable energy sectors with practical and innovative solutions to help them obtain measurable risk reductions. He can be reached at tom@prosafellc.com.