Mitigating the Risks of Aerial Patrols 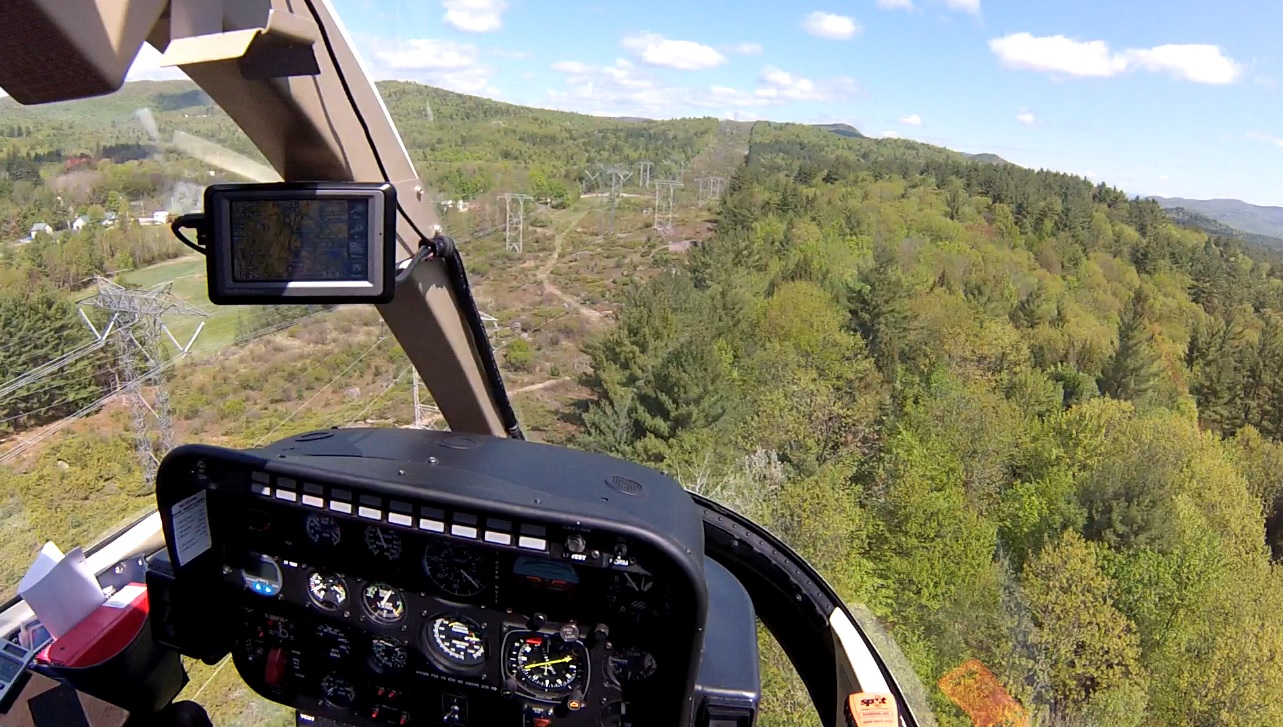 A safe and reliable operation is built on a foundation of strong, continually evolving programs that adapt to changing regulations. Federal requirements now mandate that electric transmission utilities perform annual vegetation inspections on all of their rights-of-way. To complete these inspections, many utilities rely on helicopters, which pose high risks due to low-altitude flying and close proximity to lines where the danger of a strike is always present.

In the U.S., helicopter wire-strike accidents account for 5 percent of civilian helicopter accidents (see www.ihst.org/portals/54/insights/Wire_Strikes.pdf). And while many helicopters are now equipped with wire-strike prevention systems, no system can guarantee complete protection. Even though 5 percent may seem like a low number, nearly 100 percent of the work being done for electric utilities using a helicopter is conducted in a wire environment. Accidents involving strikes often cause serious injuries and fatalities.

JBI pilots undergo rigorous training before flying in a wire environment. All pilots have a commercial license and a minimum of a second-class medical certificate from an aviation medical examiner. Although not required by regulation, JBI pilots also undergo a utility patrol training program covering utility infrastructure, nomenclature, types of construction, insulators, voltages and how to identify hazardous situations. Each pilot participates in ride-alongs in which they observe the process from the backseat. Beginning pilots undertake several practice patrols, with the chief pilot teaching them to recognize potentially hazardous situations. Pilots are not allowed to patrol until they complete all training, which typically takes about six to eight weeks.

A VELCO forester and a lineworker participate in each aerial patrol, looking for vegetation and infrastructure issues. They are considered part of the flight crew and play a role in aircrew safety.

Pre-Flight Daily Checklist
This document is similar to the daily safety tailboard that utility crews use before beginning fieldwork. The safety tailboard identifies the work to be performed, personal protective equipment required and any potential safety concerns. All members of the field crew must sign the form and acknowledge the work and potential hazards. The pre-flight daily checklist is similar to these tailboards, but covers information and hazards specific to the upcoming flight. Some of the items included on the checklist are lines being patrolled, fuel stops, potential hazards, weather, landowner notifications, Homeland Security notifications, helicopter information and emergency contact information. The pre-flight daily checklist is submitted to the VELCO Control Center and applicable managers who need to be notified of the flight. Although the helicopter is capable of flying during periods of low visibility, VELCO and JBI impose limits on operation in rain and snow that can delay or reschedule patrol inspections. In cases of unexpected weather, the helicopter flies to the nearest safe location – which is identified prior to the flight – and remains on the ground until flying conditions are safe.

Basic Helicopter Awareness Training
At VELCO’s request, JBI provides training to VELCO’s observers in basic meteorology and its effects on the operation of the helicopter, weight and balance, helicopter performance, helicopter systems, emergency procedures and aerodynamics. After the training, observers go to the helicopter to see processes for radio operation, emergency shutdown and other important items. VELCO observers are regarded as crew members, not just passengers.

Training on Flying in the Wire Environment
All pilots, foresters and lineworkers attend a “Flying in the Wire Environment” course with refresher training required every other year. This intensive two-day course is taught by Utilities Aviation Specialists, an independent company widely known for pioneering pilot and observer training in the wire environment. The course gets to the root cause of most wire strikes – lack of understanding of the wire environment – by teaching the entire aircrew how to anticipate, recognize and respond to the hazards presented when flying low-level aerial patrols. The course includes information on crew resource management, why lineworkers and foresters are important to safety during low-level operations, how to scan effectively in the wire environment, in-flight communications about wire and obstruction, and how flight crews can forecast the presence of wire long before they have visual proof. Safety depends on engaging everyone in the search for hazards. This training provides a foundation for effective communications and safe operations in the aircraft.

Flight Hazard Warning System
Most utilities do their best to alert pilots to hazardous wire environments using a system of marker balls and other indicators. Since 2007, VELCO observers have been using GPS-enabled, ruggedized field computers with a customized mapping application to view their position relative to the VELCO system during aerial patrols, and to log vegetation and infrastructure issues discovered during the patrol. Prior to using this system, one observer’s role would be to keep track of the current structure number at which they were located, thereby limiting their effectiveness at identifying potential system issues.

In 2013, with input from JBI, VELCO developed its flight hazard warning system, which warns the pilot and observers of approaching flight hazards (for a video demonstration, see www.youtube.com/watch?v=bIUVKpko5V0). The system displays warnings on the computer screen and announces through the helicopter’s sound system when the helicopter is one mile from the hazard. Warnings are specific, informing the pilot about which hazards to look for, including wire crossings, towers or towers with guy wires. As new hazards are identified, they can be added during the flight. Pilots and observers have provided positive feedback in the year since the flight hazard warning system was placed in service.

Mission-Critical Crew
VELCO’s safety rules permit only trained, mission-essential observers to ride in the helicopter during a patrol. It takes time to develop the skills to be a trained pilot or an observer familiar with the transmission lines and geography. Crew experience and background are considered when assigning pilots, lineworkers and foresters. At no time is a crew allowed to have more than one novice member.

Helicopter aerial patrols are effective tools in the electric transmission business that do, however, pose unique risks and challenges. Technology like VELCO’s flight hazard warning system improves the ability to use these tools safely, but cannot be solely relied upon to prevent wire strikes. Rigorous training of pilots, ongoing observer awareness training and use of technology can help minimize the risk of helicopter accidents during aerial patrols.

About the Author: Nathan Boutwell is Vermont Electric Power Co.’s safety manager. Prior to joining the company in 2013, he held various environmental health and safety positions at General Electric, including EHS specialist, EHS training specialist and EHS program manager.

Nathan Boutwell, CUSP, is the supervisor of health and safety for Avangrid Networks, Central Maine Power. He has 11 years of experience in health and safety and has worked in various industries, including utilities, power generation, energy delivery technologies and manufacturing.