Is a Better Job Brief Possible? 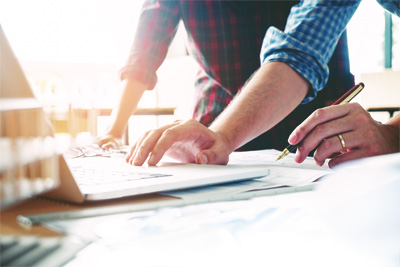 If you have studied human performance or read Incident Prevention magazine regularly in recent years, you know that human beings are affected by a variety of cognitive biases. And if you’ve been in the electric utility industry for even a short while, you know that the job brief is hailed as a key to a safe workday. Given the variability in the delivery of job briefs around the country, however, it sometimes is difficult to determine how effective they really are. This article will explore issues presented by some current job brief practices as well as identify behaviors to consider that will help make job briefs more effective on your work sites.

In the Beginning
When I was a young lineman, we did not have written job briefs, but there was almost always a plan written out for complicated work. The job usually went well when we had a crew leader with good communication and organizational skills. Assumptions and poor communication typically resulted in poor workflow. Then came the mandatory job brief, which today has become an integral part of our work practice.

Over the years, the written brief has gone through many iterations and upgrades in utilities and contractor companies across the country. Today’s briefs include various checklists for identifying hazards, work authorization permit numbers, the location of the nearest hospital and so forth. There is a signature page that all crew members must sign before they can begin work. Others can’t enter the work zone unless they sign the job brief. And when incidents occur, we also now use the briefs as a historical record during incident analysis and root cause identification.

But for all the work that has been done to improve job briefs, can you say for certain what constitutes a good one? Does a written brief with a long list of identified risks lead to safer work than a brief with a shorter list of risks? Does the fact that you read the list of hazards to your crew mean the crew is now safe from those risks?

Cognitive Issues
We want everyone to be responsible for their own safety and to raise awareness of risk while performing tasks throughout a project. Unfortunately, when we sign a job brief, our brains may move on to other thoughts because signing the brief just made everyone safe, right? In reality, the act of signing the brief could be psychologically problematic. Your brain likes to shed load whenever possible. Often when you sign a document (e.g., a restaurant receipt or a contract), that signifies the end of something and allows you to move on to whatever is next. Could signing the job brief help us tuck away that day’s safety into a corner of our brain?

Don’t get me wrong: The written job brief is a great reference tool and an opportunity to identify critical pathways in daily work. But it’s critical to keep in mind that humans are designed to identify and mitigate risk in real time. Also, consider this: The act of writing a list prior to the start of work – such as a list of hazards in a job brief – creates a memory that centers around the list that was created. There is psychological evidence that creating such a memory can interfere with our ability to gain additional insights during the workday.

It is optimal for us as workers – and for human beings in general – to recognize a threat or hazard in real time, relay that finding to those we are with and develop a strategy to mitigate the risk. There are very few times in real life when we try to write down all of the risk that we may face up front. Think about this: When you send your child out the door to go to school, do you have a written brief you read to them? Or perhaps a storm brief when you send them out in inclement weather so that they will be safer on their way to school? Do you compose a written brief before hiking, fishing, hunting or other family outings? Most people would answer no to all of these questions. Our brains have evolved to recognize and mitigate risk in real time. It’s how the human race has survived.

Now consider these questions: When someone is reading the job brief at the work site, are the workers engaged? After the job brief, are their questions entertained in front of the whole crew? Do you notice immediately after the job brief huddle breaks up that workers are having conversations unrelated to the brief? There’s a good chance that what they are talking about after the brief is what was on their minds during the brief. As humans, we drift off into other thoughts when we are not engaged. We are only capable of holding five to seven things in our working memory. We spend most of the day making unconscious decisions. It’s only when we are truly focused and engaged that we are using our slower, more accurate self – the one most likely to keep us safe from harm.

So, how job briefs are produced and conducted can affect their value. Humans have a physiological response when our brains are working hard. Research conducted by Daniel Kahneman, author of “Thinking, Fast and Slow,” has shown our pupils dilate and our heart rate increases slightly when we are engaged in brain effort. It’s highly likely that the person who writes the job brief experiences these changes from their mental effort. However, the person or people receiving the information do not. When collaborating on the work for the day, every crew member’s goal should be to stay engaged. That requires energy, and the brain will happily pass off the work to someone else to save energy whenever it can. Listening to a brief someone else wrote allows your brain to drift in thought.

A Resolution
Now that we’ve reviewed some of the job brief’s potential weak points, is there a resolution – a way to move forward to improve briefs so that they can heighten safety on our job sites?

What if, during the job brief, each crew member identified themselves and their role in the job and then pointed out their concerns for their work that day? If that were to happen, each employee would be engaged in creating the job brief. There are several benefits to this approach. One is that kicking off the job with an interactive job brief and writing down the risks each worker has identified creates open dialogue early in the day. Listening to crew members also gives crew leaders insight into how the workers are feeling that day.

Closed-loop communication is another benefit of an interactive job brief. Have you ever assigned a task to a crew member only to see that person doing something completely different than you asked? During an interactive job brief, each crew member has an opportunity and obligation to echo back their role so that everyone on the crew is on the same page with regard to roles and responsibilities.

Summary
Today, there are vast differences among job briefs depending on the utility or contractor, yet we consider the brief a critical part of job preparation. Please consider engaging every worker in an interactive job brief, during which each person states their role and identifies the risks in their parts of the project. If the project has different stages, this huddle should be reconvened prior to every stage. The huddle also should be reconvened if something changes unexpectedly during the project. By improving the way that we conduct our job briefs, we can better mitigate risk through worker engagement. Once the written job brief has been signed, set it aside and engage in an interactive discussion with every crew member in attendance. The apprentice that speaks at every job brief will become the journeyman who expects his apprentice to speak at every job brief. Let’s steer the culture toward better communication of risk.

About the Author: Bill Martin, CUSP, NRP, RN, DIMM, is the President/CEO for Think Tank Project LLC. He has held previous roles as a lineman, line supervisor and safety director.