Crew Foreman Needed: Who Do We Pick? 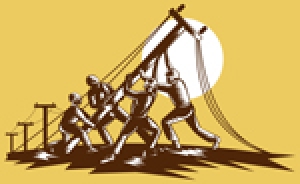 It happens all too often. We need a foreman as soon as possible. The crew leader position is vacant for any number of reasons – often suddenly – and we need someone now.

A powerline crew can possibly continue to work minus a groundman, helper or apprentice. Depending on the crew configuration and work assignments, we may even get by a few days without a lineman. But to be without a foreman is usually grounds for shutting down the crew. If we’re lucky, maybe an operations manager can fill in temporarily, but the crew foreman’s position must be filled sooner rather than later.

Limited Options
Now what? Usually one of two things: go outside the company and find the best replacement you can, or look internally. Promote from within.

Filling that vacant foreman’s position from the outside may look like the best choice, but good luck. Qualified, experienced lineworkers are hard to find. It becomes even more difficult on the foreman level. And if you think you have found one, take a second look. There could be a reason they are unemployed. Maybe they need to stay there. We could recruit someone away from another utility or contractor. We could – and some do – but if we all do that, we just trade people and drive up the cost of labor.

OK, so we promote from within. There are usually several good reasons to do that.
• It creates a career path for our people.
• It rewards employees for loyalty and good work.
• The learning curve is shorter.
• It is generally more cost-effective.
• There are fewer unknowns. We know how these people work.

We decide to fill that empty foreman spot by promoting somebody from within. Who? Well, old Joe over there has been a loyal employee for years. He’s a darn good lineman who really knows his trade. Guys all seem to like Joe, too. How about Joe, then? He deserves a shot at this, right?

Frankly, old Joe probably does deserve a shot at this promotion. But is that the right question? Shouldn’t the real question be, who on our operations staff is truly prepared for this promotion? Again, frankly, if you don’t know, or worse, haven’t prepared someone, shame on you.

Setting Up Our People for Failure
In situations like these, a common mistake that management makes, albeit with the best of intentions, is setting up someone to fail. Take old Joe, mentioned above, as an example. At first glance, Joe deserves this promotion. He’s been around for years. He’s an excellent tradesman. He’s productive, safe and just an all-around good, loyal employee. Joe is doing a great job for us right where he is. Then we give Joe his shot – he’s promoted to the crew foreman position. We take him from what he’s great at and put him into something completely different.

Building and maintaining powerlines versus effectively running a crew are two very different things that require vastly different skills, knowledge and training. Is Joe likely to be aware of this and decline our offer for his own good? Probably not. Joe is human. Offer him more money, benefits, privileges and status and he’ll most likely accept the job.

A month later, we’re astonished at how bad things have gotten. Things are falling apart on Joe’s crew. Productivity is down, rework is up. Complaints are coming from both the customers and the crew members. Suddenly, nobody likes this guy. Joe is frustrated and by any measure, failing. What in the world happened to our star employee?

Sadly, we in management have set up Joe to fail because we did not adequately prepare him for his new responsibilities. Joe tried, but he just didn’t have the tools he needed to be successful at this new job. Joe knew how to be great lineman, but working energized primary didn’t prepare him for supervising a diverse crew of workers with different talents, skills and personalities. Joe used to be well liked and “one of the guys.” Now this seems to work against him as he tries to direct the efforts of his friends as their new boss.

A month later we find ourselves with two big problems instead of one: We still don’t have a qualified foreman for this crew and now we have a formerly great lineman who may not be salvageable. We may lose Joe, too.

Career Development for Lineworkers
Becoming a well-qualified journeyman lineman takes several years and is truly a significant event in the career of a tradesman or woman. However, it doesn’t have to be a stopping point in a lineworker’s career. Some have reached their career’s goal and there is certainly nothing wrong with that. For others, becoming a journeyman is just an interim point in their career. They are interested in more.

We need to have a career development plan available for this group. Typically this means supervisory skills training – helping them prepare for crew leadership.

Join us for future issues as we take a detailed look at each of these topics that may possibly help you better answer the question, crew foreman needed: who do we pick?

About the Author: Ronald J. Schenk, CUSP, is the executive director of the Institute for Safety in Powerline Constructrion (ISPC), an electric utility industry association focusing on safety and training for lineworkers. His career in the utility industry spans 21 years and includes 14 years on staff with an Engineering News-Record (ENR) Top 5 powerline contractor where he served as director of training for 1,800 lineworkers. For more information, call 866.880.1380 or e-mail Schenk at ron@ispconline.com.

Our mission is to advocate for safety and health in the powerline construction and maintenance industry by: Researching and developing, safety, training and health standards Educating, training and assessing skills Defining best practices Auditing programs and advising management Advising regulatory agencies