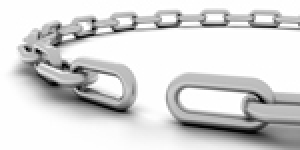 Behavior safety is gaining recognition as a significant safety resource in many industrial companies. In recent discussions, however, safety professionals representing traditional and fundamental safety programs have made me aware that acceptance, understanding and the status of behavior safety are still in question. These discussions brought back early challenges, in particular the claim that behavior safety is just good common sense or another flavor of the month.

The value of being a behavior safety educator is knowledge, but only if used accurately.  Exploring issues and getting facts straight help generate effective programs. For example, I am dropping the statement that 80 percent to 95 percent of accidents and injuries are due to human errors. This proclamation has proven to be incorrectly assigned to OSHA, and distracts from the relevant issue. A colleague provided an article from EHS Today (http://ehstoday.com/news/ehs_imp_32659/) that justifies dropping this statement. In the article “Why Safety is a People Problem,” well-known safety professional Dan Petersen maintains that “two keys to a ‘world-class’ safety program are to make the line organization accountable for safety performance and to have employee involvement. … [T]he ‘fundamental principle’ that undergirds OSHA is that ‘accidents are caused by things, not by people.’” Lastly, Petersen comments that positive elements in an organizational culture include “accountability, employee involvement, flexibility to make choices about how results will be obtained, and whether or not employees perceive that the safety system is good for them.” These are all components that behavior safety training can engage, enhance and provide as a missing link in safety programs.

Hardware and Software
Here is a comparison between safety programs and behavior safety that may help: Safety programs are hardware and behavior safety is software. Hardware – for example, a computer – is only an object. It has little to no value if it only occupies space on a desk. The computer may give the appearance of something significant, and can even be frightening and overwhelming due to a lack of understanding about how it works. The reality is that without software – both manufactured and human – to make it run, it’s a worthless piece of equipment. The hardware of a safety program consists of the structured guidelines of the program, including policies, procedures, rules and regulations.

Software is necessary to make a computer function. It takes being taught to appropriately use this software to make the computer (hardware) the magnificent and impressive tool it is capable of being. Software is developed by human input. Users (humans) then have to be taught the application techniques. Once they have learned the techniques, humans can do wonders with the combination of hardware and software. Behavior safety and employees are the software elements of the safety process.

It’s good common sense to train individuals to use appropriate software with appropriate hardware to increase efficiency and productivity. Let’s apply this common sense theory to safety programs and behavior safety to emphasize the missing link.

Any industrial employer employing one or more employees engaged in a business affecting commerce falls under the purview of the Occupational Safety and Health Act of 1970. Companies develop safety programs to help comply with this act. Generally, the safety program consists of a number of rules and regulations. Safety policies and procedures are written out and published in the company’s safety manual, the hardware aspect of the safety program. Regulatory bodies want to see this hardware when they come to visit. Companies are graded and sometimes fined based on the appearance of their hardware. This hardware can also be used against a company if it is not being used appropriately.

Some companies have very polished safety programs – a great piece of hardware – but accidents, injuries and mishaps still occur. If a company is being fined because violations were found by outside investigators, it may be time to re-evaluate the software.

The software consists of employees and the training they have received to help them become proficient in managing the safety hardware. Most employees have been trained on the mechanics of the safety program. Many can even recite parts of the safety manual. Most are sufficiently aware of the policies and procedures expected for tasks being performed. If accidents, injuries and mishaps continue to occur, a gap likely exists between training and behavior applications. There is a challenge between hardware and software. Closing the gap can be accomplished by providing employees with skill-based behavior safety training. Behavior safety training is a personal issue that teaches individual responsibility and involvement for safety. The focus is on adjusting from “you must follow this rule” to “I want to perform this task safely.”

The Death of Common Sense
Following is an obituary purportedly printed in The Times of London on “Common Sense.”

“Today we mourn the passing of a beloved old friend, Common Sense, who has been with us for many years. No one knows for sure how old he was, since his birth records were long ago lost in bureaucratic red tape. He will be remembered as having cultivated such valuable lessons as knowing when to come in out of the rain; why the early bird gets the worm; life isn’t always fair; and maybe it was my fault.

“Common Sense lived by simple, sound financial polices (don’t spend more than you can earn) and reliable strategies (adults, not children, are in charge). His health began to deteriorate rapidly when well-intentioned but overbearing regulations were set in place. Reports of a 6-year-old boy charged with sexual harassment for kissing a classmate; teens suspended from school for using mouthwash after lunch; and a teacher fired for reprimanding an unruly student, only worsened his condition.

“Common Sense lost ground when parents attacked teachers for doing the job that they themselves had failed to do in disciplining their unruly children. It declined even further when schools required getting parental consent to administer sun lotion or an aspirin to a student, but could not inform parents when a student became pregnant and wanted to have an abortion.

“Common Sense lost the will to live as the churches became businesses and criminals received better treatment than their victims. Common Sense took a beating when you couldn’t defend yourself from a burglar in your own home and the burglar could sue you for assault. Common Sense finally gave up the will to live after a woman failed to realize that a steaming cup of coffee was hot. She spilled a little on her lap and was promptly awarded a huge settlement.

“Common Sense was preceded in death by his parents, Truth and Trust; by his wife, Discretion; by his daughter, Responsibility; and by his son, Reason. He is survived by his four stepbrothers: I Know My Rights, I Want It Now, Someone Else Is To Blame and I’m A Victim.

“Not many attended his funeral because so few realized he was gone.”

Now’s the Time
It is time for common sense to prevail in the industrial world of safety. Behavior safety does make sense. It is the ingredient that completes safety programs, closing the gap between hardware and software. In my training, I advocate the acceptance and adoption of personal skills with the ultimate objective of each individual taking personal responsibility for his or her safe work behaviors. Regulations are part of the hierarchy and respect for those controls is a major part of that personal responsibility, involvement and control. Safety programs and behavior safety working together makes sense.

Lastly, to complete this picture and to ensure the best of the best for safety, we need a coordinated effort that includes engineering safety, safety programs and behavior safety. My focus is on safety programs and behavior safety, but I also invite safety engineering to join in this missing link endeavor. This statement reinforces our move forward: “I am better than none. I am worse than many. I am stronger with you than without you.” A coordinated safety effort will benefit everyone.

About the Author: Michael S. Haro, Ph.D., is founder and president of the Self Coaching Center, which provides behavior safety training and self-coaching skills aimed at reducing human errors. For more information, visit www.selfcoachingcenter.com.